On July 28, 2010, users discovered that they could “steal” another’s Bitcoin by simply prepending any locked script with OP_TRUE OP_RETURN. Since the opcode OP_RETURN halts execution of script (like a return function in any programming language), it would return the previous value on the stack, OP_TRUE, which returns a true condition allowing spending of anyone’s coins, regardless of their spending conditions.

This “bug” was quickly patched by Satoshi Nakamoto, changing the functionality of OP_RETURN to immediately return false instead. However, with the understanding that Bitcoin does not operate outside of the law and miners would not process transactions with this script realistically, even if it was technically possible, we can now question if this was simply a technical oversight.

Satoshi infamously stated he believed “few nodes will be big server farms.” Thinking this through, this implies large corporations who would not allow crime to occur with impunity on their watch. Furthermore, these large corporate nodes would comply if instructed with freezing orders or asset seizure by government. That communication capability was implemented in Bitcoin early as well via the Alert system. BTC Core developers removed this functionality in 2016.

Today, many in the digital currency space believe asset seizure and freezing to be technically impossible, as the system is “decentralized” and it cannot be done due to being “simple math.” The reality is that the creator had implemented puzzle pieces for this to be possible from the early stages of the network, but due to its immaturity, the subsequent removal of those features have allowed newcomers to control the narrative on why they were removed. For example, regardless of Nakamoto’s intent, BTC Core gave their own subjective, interpretive reasons on why the Alert System should be removed:

The original features did not scale due to nodes being possible to run on home computers with little to no capital investment. Unlike large corporations who generate millions in revenue and must be registered legal entities, these home users cannot be trusted to follow judicial instruction, or to not steal another’s assets.

Craig Wright explains this in March 2020:

Even if the OP_TRUE OP_RETURN bug was technically possible on Bitcoin today, nodes would likely reject these scripts as they would essentially be guilty of facilitating crime. Therefore, a simple re-implementation of this “bug” from the original version of Bitcoin would implement the technology possible for miners to be able to freeze and return assets despite the “experts” claiming it is impossible.

If the solution implemented is not making OP_TRUE OP_RETURN scripts possible, then another is an agreement by nodes via a notarized contract. Nodes can now receive instructions from court orders to freeze assets or re-assign coins. This implementation by the Bitcoin Association echoes Wright’s sentiments in February 2022, doubling-down on the concept that network consensus should be achieved outside the technical capabilities of the blockchain:

This concept is a reminder that we live in the real world. Just because something is technically possible to achieve, does not mean it is morally right or legal. Bitcoin cannot scale to be money for the world if loss of possession results in loss of ownership, unlike any other asset in the world. It’s also worth noting that the original Bitcoin white paper states that nodes protect “ownership” and not “possessions.”

After all, Joseph Vaughn-Perling stated that this was crucial to Bitcoin’s mass adoption in May 2016: 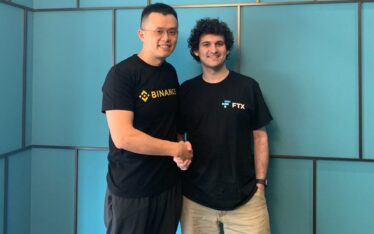