Marathon Digital Holdings, Inc (NASDAQ:MARA) and Riot Blockchain, Inc (NASDAQ:RIOT) were trading just slightly lower on Thursday compared to the general markets, which saw the S&P 500 gap down 2.5% before beginning to recover intraday.

The cryptocurrency sector was also hit hard overnight, beginning at 9 p.m. EST on Wednesday when Bitcoin (CRYPTO: BTC) slid 7.18% before beginning to recover just after midnight.

The looming threat of a Russian invasion of Ukraine had been holding the markets in a state of indecision over the past few weeks but when the prospect of a war in Europe became a reality Wednesday evening, the markets rattled.

Riot and Marathon have been trading in fairly steep downtrends since mid-November, near when Bitcoin and Ethereum (CRYPTO: ETH) reached all-time highs before entering into a bear cycle. The two crypto mining stocks have begun to flash some bullish signals on their daily charts and both Riot and Marathon have developed over their respective key support levels.

It should be noted that events affecting the general markets, negative or positive reactions to earnings prints and news headlines can quickly invalidate patterns and breakouts. As the saying goes, “the trend is your friend until it isn’t” and any trader in a position should have a clear stop set in place and manage their risk versus reward.

See Also: Efficiency Is King In The Bitcoin Mining Industry

The Marathon Digital Chart: Marathon gapped down slightly on Thursday and opened directly on top of a key support level at $19.51, where bulls came in and both the dip. When paired with similar price action at that key level on Jan. 24 and Jan. 28, Marathon has printed a bullish triple bottom pattern. 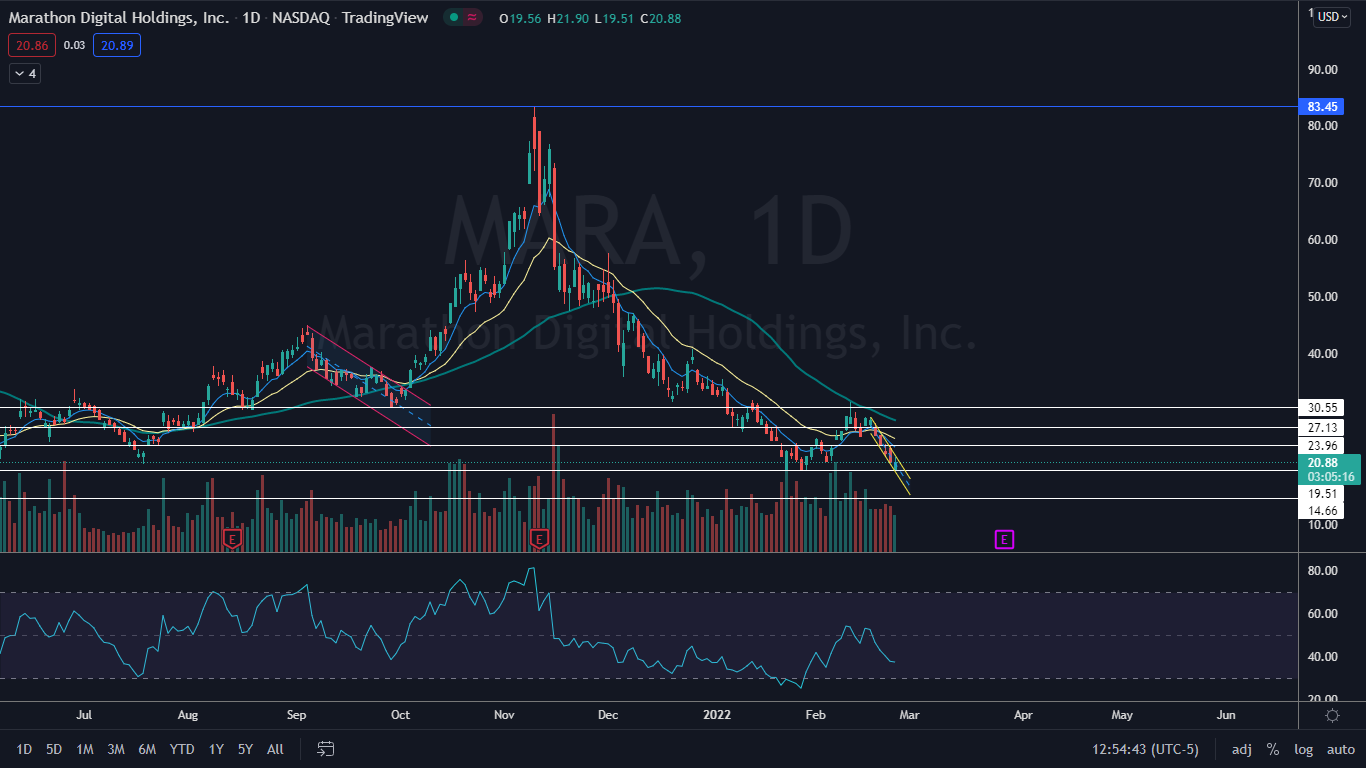 The Riot Chart: Like Marathon, Riot gapped down toward a key support zone near the $13 mark and bulls came in and immediately bought the dip. 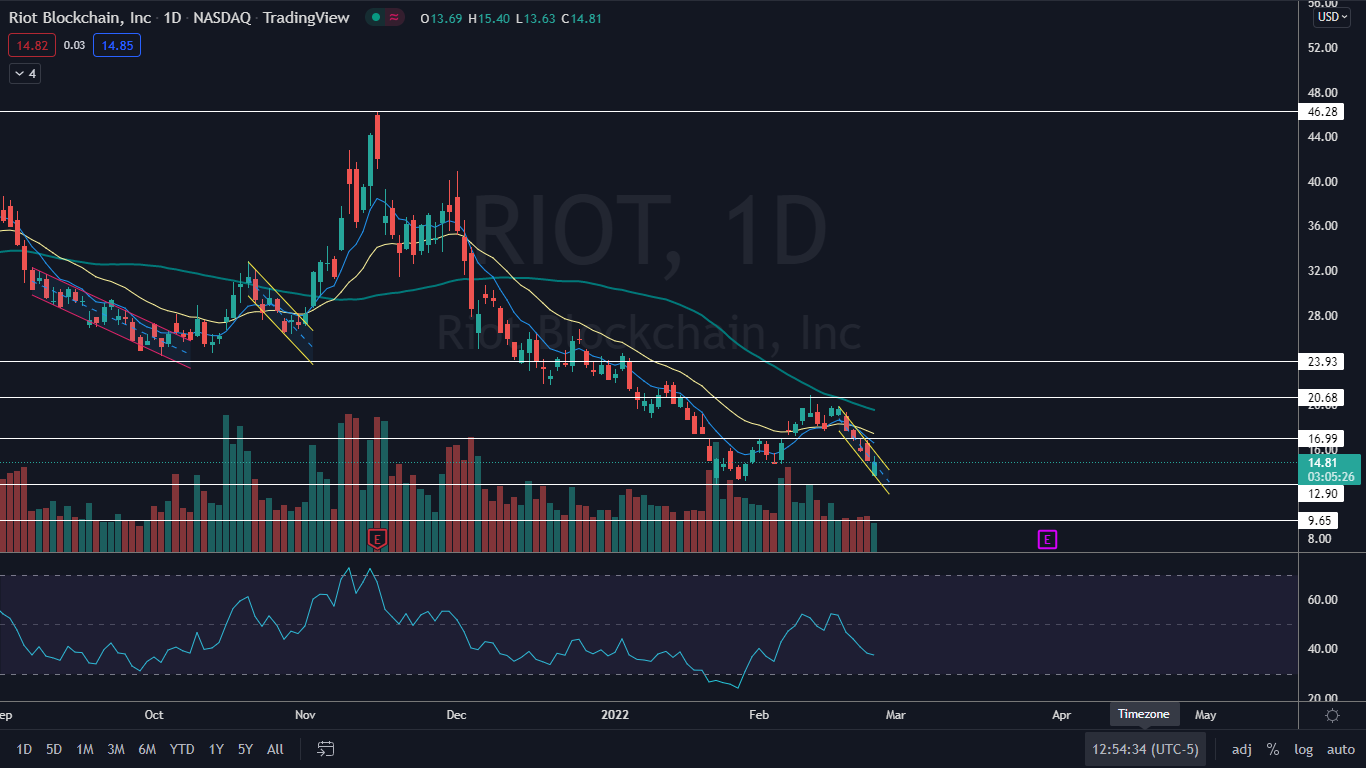 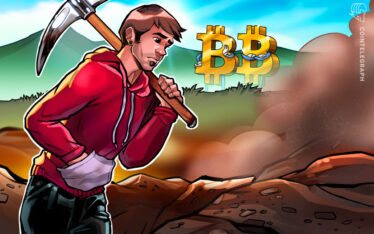 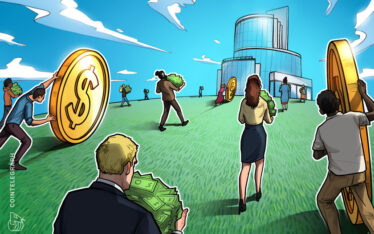