Human Nature Is a Challenge for Everything Blockchain – Psychology Today

Human Nature Is a Challenge for Everything Blockchain – Psychology Today

We’ve all been frustrated dealing with “interactive voice response systems,” computerized answering services. In the same vein, how many of us actually find instructions on using software helpful or even understandable? I think the problem is exacerbated because the engineering profession is male-dominated, but that is a different kind of challenge.

Human nature as exhibited by individuals is willful by definition. All of us have internal, conflicting values that sometimes lead to unpredictable behavior. Blockchain is a particular technology that was invented to bypass some of the inefficiencies and vulnerabilities of human, especially manual, systems for transactions between individuals, especially financial ones.

The cryptocurrency Bitcoin is very much the first and a logical use case for the technology. The most fundamental concept is that transactions between two people can be conducted safely and securely via an automated process called “smart contracts” without being under centralized control, e.g., a bank, for identity and account verification.

By extension, the concept of a “decentralized autonomous organization (DAO)” is one where the members of the organization can interact and govern their behavior among themselves, without centralized control of the governing structure. In a DAO, guidelines and requirements are encoded in blockchain software and are adopted only after all the members have had a chance to offer their input. The instructions in the blockchain can run automatically, without the need for human interaction. A blockchain record is transparent, meaning all participants can see all the data, so everyone can, in theory, be held accountable. Also, since there is no centralized control, records are immutable, since multiple copies of the records are stored on a network of a very large number of nodes, each holding the databases synchronized in real-time. Errors can be corrected via new data entries, but a correction does not cause the original error to be eliminated from the record.

The DAO is designed to operate like a democracy, so all members have a voice in how the organization will function, and actions are determined by a majority vote. How will this structure work in practice? The first issue: What is the relationship between the number of votes a member has and some other metric of their participation? For example, should every member simply get one vote? Or should the number of votes reflect some level of “ownership,” say, of tokens that represent activities or participation in the operation of the network? When a modification of the operating protocol is proposed, should the vote of a casual user be given as much weight as the vote of a major node in the network? What is “fair” and how can that be enforced?

All of this feels like a variation of models of social organization based on the themes of “freedom” and “democracy” doesn’t it?

In our existing political system in the US, we are continuously exploring all kinds of inequities and “unfairness” that have already become entrenched in our culture and legal system. Whichever political party is in power, at whatever level of government, leaders attempt to persuade voters and the public that their vision of a policy is “correct” and should be supported. That is what is expected, and leaders, by virtue of their positions in a political organization, get to make the rules. In a DAO, there is no management hierarchy, members are issued tokens that function like votes to represent their voices in matters to be discussed. As in any group of humans, there will be “natural leaders” whose influence is much greater. This will be true in a DAO, but these leaders can only exert “soft power”, i.e., they cannot control how others behave.

How can conflicts in a DAO be resolved? Won’t some discussions proceed interminably, if certain members or groups of people decide to be very stubborn about maintaining an uncompromising position? Does this model of governance presuppose there is hope for logical, rational discussions to resolve differences? If you believe that people, in general, tend to “good behavior,” i.e., are respectful, considerate, and kind, that might be possible. On the other hand, if your view of human nature is less charitable, you might see this kind of process as idealistic and impractical because decision-making can be extremely slow.

Currently, there are already thousands of DAOs operating, mostly in the decentralized finance area. This is a natural outgrowth of the interest in cryptocurrencies, i.e., Bitcoin and Ethereum, which is a foundational blockchain technology for smart contracts written in the software. Smart contracts for financial transactions have proven to work, and are being incorporated into the operations of major international banks and financial institutions. In that context, these transactions are still under centralized control and management, of course. The rules governing appropriate behavior in financial transactions are relatively straightforward and clearly can be reduced to lines of software code.

However, there is a basic problem of enforcement when transactions are broken. For example, suppose I borrow from you and put up some of my cryptocurrency (e.g., Ethereum) as collateral. Now, it’s been three months and I have not been paying interest on the loan. Let’s say the smart contract is written so that a pre-determined amount of my cryptocurrency that I put in escrow as collateral, plus a penalty, is withdrawn automatically after my default. What if the value of my collateral has dropped significantly, so you get only 50 percent of what you had originally expected? What recourse will you have to obtain a sense of “fairness?” The volatility of cryptocurrencies is a huge challenge for anything blockchain, at least for the foreseeable future.

We expect fairness to be built into any fundamental regulatory framework and in a “legal infrastructure” comprising a hierarchy of principles, and, importantly, a legal system including human judges and juries of our peers to whom we can appeal. The concept of the rule of law means we have to accept their decisions as binding on all parties equally after all appeals are exhausted. In America, and especially in this time of political discontent, the founding principles of our democracy are being tested and re-examined. The idea of separation of power between the executive, legislative, and judicial branches, each with equal but separate power, is absolutely fundamental. How can this system of “checks and balances” be replicated in software? How can a DAO include such “checks and balances” when power is literally decentralized so there are no “defined entities” to balance?

Balance is a human idea that reflects human nature and societal values. Each individual’s concept of what is “acceptable balance” is likely to differ from another’s. DAOs are a wonderful experiment and blockchain, cryptocurrency, is a fascinating context and playground. At this time, it’s easy to be an “industry pundit” and either proclaim the virtues or criticize the weaknesses of the idea. What is most fascinating is that a DAO is a novel perspective through which to understand human nature. 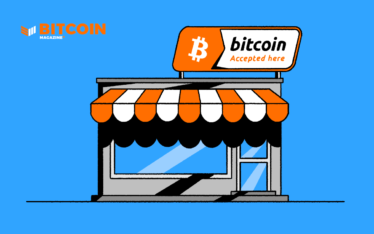 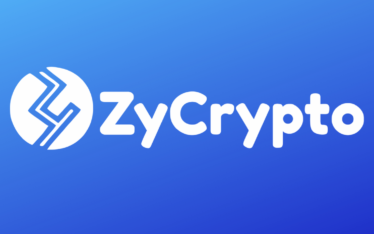