‘I missed the bus on Bitcoin, but now feel like my time has come. Is it time to go big or go home? I have another 25 years of a boring 9-to-5 job, and I just want out.’ – MarketWatch

‘I missed the bus on Bitcoin, but now feel like my time has come. Is it time to go big or go home? I have another 25 years of a boring 9-to-5 job, and I just want out.’ – MarketWatch

I read a letter from a reader last year who was suffering from crypto FOMO, and I have been following the crypto markets ever since. I felt like I missed the bus on Bitcoin, but now feel like my time has come. Is it time to go big or go home?

I have another 25 years of a boring 9-to-5 job, and I just want out. The markets are tanking, and there’s talk of recession. I sit here day after day, doing the same old drudgery, and I want to have some hope that I may have an exit strategy.

Should I buy Bitcoin and Ethereum, and keep it as an early escape or even a retirement strategy? My 401(k) is a shadow of what it was last year.

Can you please help?

Always on the Sidelines

I remember that letter vividly. He wrote: “I’m too old to sit and hope I can make up for the lost time by safely investing my little bit of money, and getting 5% returns on it for the next 15 years.” And I replied: “Dabble in crypto if you like, but again at your own peril. The same is true of the stock market. There are no guaranteed get-rich-quick schemes.”

Nothing has changed. I understand your frustrations. You feel trapped, and cryptocurrencies seem (or seemed) like a good get-rich-quick or get-rich-in-the-not-too-far-off-future plan. Neither of those prospects is likely, as you would have to risk a lot of money to fulfill that dream and would still end up losing your shirt, like many investors in crypto have.

Of course, the key with any investment is to buy low and sell high. Crypto investor Josh Rager has done his own analysis on the recent highs and lows of Bitcoin, and sees lows of $17,000, $14,000 and a $11,000. He stresses that these are his own opinions based on previous bounces. “The equities market is going to have a big impact overall on what Bitcoin will do,” he cautions.

“It’s going to be years from now, hopefully in the next decade, where we see Bitcoin break away from the equities market,” he said. Buying the bottom is easier said than done, especially with a volatile asset like Bitcoin. But he, like The Moneyist, is not giving financial advice, or telling you to buy at any level. When it comes to crypto, like any investment, it’s every man and woman for himself and herself.

“‘Given the volatility in crypto markets amid uncertainty over inflation and the prospect of recession, you may benefit from your 401(k) long before you do any cryptocurrency investment.’”

There are, of course, people who have ridden out the peaks and valleys and still believe that there’s value in Bitcoin in the long run, such as this investor who believes Bitcoin has long-term prospects of reaching $250,000 and above, given that there will come a time when there will be no more mining of the coin after the 21 million cap is reached. Some estimate that year will be 2140.

About that 21 million Bitcoin limit: “This is determined by bitcoin’s source code which was programmed by its creator(s), Satoshi Nakamoto, and cannot be changed. Once all bitcoin is mined, the amount of coins in circulation will remain fixed at that level permanently,” according to a report by Coinbase.

“The rate at which new Bitcoin are mined is geared to slow down over time,” the report says. “The reward for mining each block of bitcoin — which is done every 10 minutes — halves every 210,000 blocks. That’s roughly once every four years. As of 2022, the reward per block had diminished from its initial reward of 50 BTC per block in 2009 to just 6.25 bitcoin.”

Given the volatility in crypto markets amid uncertainty over inflation and the prospect of recession, you may benefit from your 401(k) long before you do any cryptocurrency investment. In fact, the crypto lending platform Celsius Networks LLC said Sunday that it was pausing all withdrawals, swaps and transfers between accounts “due to extreme market conditions.”

Some economists, like Peter Schiff, are big-time skeptics. He tweeted that with Bitcoin dropping below key support at $25,000 and Ethereum below $1,300, the combined market cap of nearly 20,000 cryptos have broken below $1 trillion, from a record-high of $3 trillion. “That’s $2 trillion down, $1 trillion left to go,” he wrote. “The last trillion will be the most painful.”

Charles Schwab, meanwhile, calls Bitcoin and other cryptocurrencies speculative investments. “We don’t believe that Bitcoin fits within traditional asset allocation models at this time, as it is neither a traditional commodity, such as gold, nor a traditional currency,” the Schwab Center for Financial Research says in a blog post. “Bitcoin’s dramatic volatility is driven primarily by supply and demand, not inherent value.”

Look to the long-term security of your 401(k) over the next 25 years as a safe haven for your retirement. You can only occupy one room at a time, one day at a time and, hopefully, one worry at a time. Spending more than you can afford to lose in Bitcoin, allowing your emotions to rule your finances, and trying to time the market may lead to greater disappointment.

You want out now, but what will you do if you are given an out? My best guess is your fears and anxieties would find a new place to set up shop. Work gives you structure, a purpose and hopefully the kind of social interaction that makes us all feel like we are contributing something to the larger community. Be careful of exit strategies that appear too good to be true.

Check out the Moneyist private Facebook group, where we look for answers to life’s thorniest money issues. Readers write in to me with all sorts of dilemmas. Post your questions, tell me what you want to know more about, or weigh in on the latest Moneyist columns.

The Moneyist regrets he cannot reply to questions individually.

By emailing your questions, you agree to having them published anonymously on MarketWatch. By submitting your story to Dow Jones & Co., the publisher of MarketWatch, you understand and agree that we may use your story, or versions of it, in all media and platforms, including via third parties.

‘I respect every profession equally, but I feel like so many people look down on me for being a waitress’: Americans are tipping less. Should we step up to the plate?

‘I’m being taken advantage of by my own husband’: I pay the bills and gave the down payment for our home. All he does is buy stuff and contribute to his 401(k)

My parents-in-law sold their home and bought an RV. They have $200K in the bank. How can they protect their assets from being used for nursing-home costs? 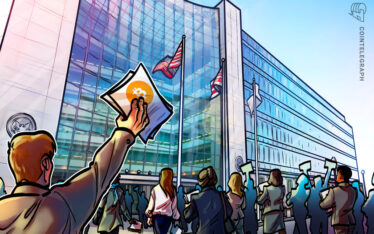 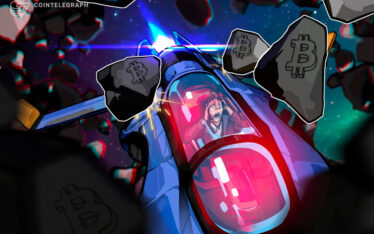