What is Bitcoin mining, and how does it work?

Many people new to crypto wonder:

What if we told you the answer to all three questions was the same: Bitcoin mining.

Mining is an essential, but often misunderstood concept in cryptocurrency.

If you’re new to Bitcoin, you’ll want to read our article “Bitcoin, Explained” first to get a better understanding of the original cryptocurrency.

The bitcoin network is a blockchain, a linked series of data “blocks” with each block containing a set of bitcoin transactions. All over the world, thousands of Bitcoin miners race to be the first to complete a complex cryptographic “puzzle” using specialized computer equipment.

The math problems the miners solve during each puzzle period (or “block”) enable the release of new bitcoins and the confirmation of transactions on the network.

Every time a miner successfully verifies a block of bitcoin transactions, they’re rewarded with a certain amount of bitcoin, an incentive for miners to do their work and keep the bitcoin network secure.

Once a transaction is validated by a Bitcoin miner, the block is added to the blockchain, and the update is processed across the network. This process takes place about every ten minutes.

In short, mining is how:

Here’s how the process works in more detail:

What is a bitcoin miner?

Miners are computers, and they are almost always an ASIC miner.

ASIC stands for Application-Specific Integrated Circuit, and while there are a variety of ASICs created for different purposes, these are made just to mine bitcoin.

While standard consumer devices like CPUs and GPUs were used in the past to mine bitcoin, those systems don’t offer the computational power needed to solve the hashing puzzle at the current level of mining difficulty.

Miners on the Bitcoin blockchain earn bitcoin in two ways:

There will only ever be 21 million bitcoins in existence.

The final bitcoin is expected to be mined in 2140, and this scarcity is where the comparison to gold comes from. Once the last bitcoin is mined, that’s all there will ever be, making bitcoin a deflationary asset.

The very first Bitcoin miners received 50 BTC as a block reward. However, the next halving will be in 2024, further reducing the block reward to 3.125 BTC.

As you can imagine, Bitcoin mining has become big business. There are mining “farms,” also known as hashing facilities, all over the world, and a quick online image search will show the scale of these operations.

Gone are the days of a single Bitcoin user mining on their PC; computational power is king, and more is better when it comes to processing transactions, winning the block reward, and securing the blockchain.

Mining pools offer an alternative for regular users to participate in mining, without needing to purchase warehouses full of ASIC mining rigs. In a mining pool, individual miners lend their computing power to a mining farm through a shared server.

In exchange for their computing power, miners in the pool receive a proportional share of the block reward when their pool solves the hash.

The Bitcoin blockchain is an open-source, decentralized ledger; essentially, a record book of all the transactions that have occurred on the blockchain. When a new block is added to the chain, all of the nodes receive the new copy of the blockchain.

These transactions are validated using a Proof of Work consensus mechanism, meaning all of the nodes on the blockchain have competed to solve a puzzle, then agreed that the transaction details are correct.

This is how the Bitcoin blockchain is secured. If a hacker tries to manipulate the blockchain, the data they try to enter into the ledger won’t match up with the data that other nodes have, flagging it as a fraud.

Even if a hacker had enough computing power to go back far enough in the blockchain to rewrite a transaction, it would be so costly and time consuming that it likely wouldn’t be profitable.

This type of attack is called a 51% attack, and it would cost billions of dollars to attempt. Even if successful, an attack of this type would essentially destroy the blockchain by eroding the trust in the ledger, and the price of bitcoin would likely fall to zero, making the entire thing pointless.

This is the superpower of the Proof of Work consensus mechanism–it takes a lot of time, money and energy to validate transactions, and this work is self-protecting since it’s almost impossible to undo.

The security of the blockchain increases as more miners join the network, since more transactions can be processed and there are more nodes available to share greater consensus.

The more transactions that are processed and validated, the larger the amount of data that a criminal would have to “rewind” to hack the network.

Bitcoin mining and energy use

There’s been a lot of controversy over the energy usage of cryptocurrency in general, and a lot of that has been directed at mining in particular.

Concerns about e-waste from mining equipment and of excess electricity consumption, and the fossil fuels that create that electricity, have generated intense debate around this topic.

At the time of this writing (November 2022), Bitcoin operations expend just over 100 Terawatt hours (TWh) of energy each year. As a point of reference, that’s about the same amount of energy that is required to power all of the refrigerators in the United States.

The need for greater computing power, and the hefty price tag that comes with the equipment and electricity needed to run these operations, has resulted in innovative expansions into crypto mining.

For example, many mining operations have moved to countries with an abundance of electricity, such as Canada and Iceland, that would otherwise go unused.

The oil and gas industry has become involved in mining, since they often have power that would be wasted, and the cryptocurrency mining industry gets more than half of its power from sustainable energy sources.

Many critics ask why Bitcoin doesn’t just move to a more energy efficient consensus mechanism like Proof of Stake. This is a complex question, but in short, Proof of Work has some distinct advantages over Proof of Stake with regard to the purpose of bitcoin.

BTC is a store of value and part of what maintains this value is the difficulty in creating new bitcoins and the inability of malicious actors to hack or even game the system in an effort to monopolize control of the currency.

The Proof of Work consensus mechanism provides unique benefits in this regard, making it optimal for a cryptocurrency like bitcoin that could be a long-term store of value.

The future of Bitcoin mining

What happens when all 21 million bitcoins have been mined?

Miners won’t receive block rewards anymore, but they will still receive transaction fees. The validation of the network will continue to be an extremely important function.

If there weren’t miners to validate new copies of the ledger, the blockchain would likely fall under attack, rendering bitcoin as a store of value useless.

Even after all bitcoins are created, mining is still necessary to maintain the value of the bitcoin cryptocurrency and process ongoing transactions on the network.

Mining is essential to the Proof of Work consensus mechanism, and miners have proven that they are committed to finding new ways to power their operations, and subsequently, Bitcoin.

There’s another way to get bitcoin though, and it doesn’t involve setting up a mining rig.

Buying BTC may be a more straightforward way of adding it to your holdings, and if you choose to use a dollar cost averaging method, you can buy bitcoin incrementally, over a long period of time, instead of trying to time the market.

If you’ve never bought BTC before, you’d need what’s called an “on-ramp” — a way of exchanging fiat currency for crypto. Then, you can transfer your crypto to a non-custodial wallet, so you have complete control over your funds.

Blockchain.com is the only place you can find both of these wallet types in one place, and you can create your free account in just a few minutes.

This information is provided for informational purposes only and is not intended to substitute for obtaining accounting, tax or financial advice from a professional advisor.

The purchase of crypto entails risk. The value of crypto can fluctuate and capital involved in a crypto transaction is subject to market volatility and loss.

Digital currencies are not bank deposits, are not legal tender, and are not backed by the government. Blockchain.com’s products and services are not subject to any governmental or government-backed deposit protection schemes.

Legislative and regulatory changes or actions in any jurisdiction in which Blockchain.com’s customers are located may adversely affect the use, transfer, exchange, and value of digital currencies. 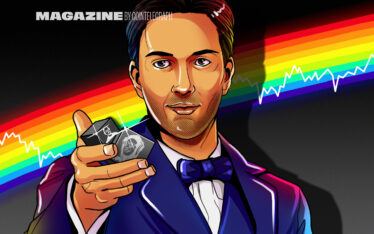 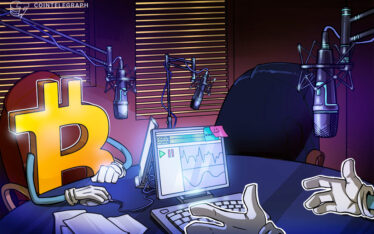 Listen-and-Earn allows Bitcoin payments for podcasters and listeners
The Fountain podcasting app announced a partnership with ZEBEDEE to allow podcast creators and listeners the ability to earn Bitcoin for their time spent with content. 2176 Total views 19...
Likes 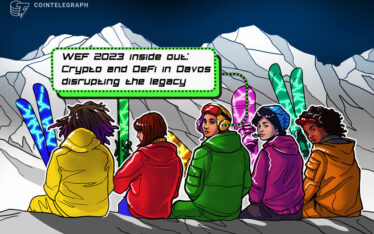 TradFi and DeFi come together — Davos 2023
On this episode of Decentralize With Cointelegraph, the team reflects on their week in Davos covering the World Economic Forum as crypto and TradFi continue to collide. 2026 Total views...
Likes
We use cookies on our website to give you the most relevant experience by remembering your preferences and repeat visits. By clicking “Accept”, you consent to the use of ALL the cookies. By proceeding you understand and give your consent that your IP address and browser information might be processed by the security plugins installed on this site.
Do not sell my personal information.
Cookie settingsACCEPT
Manage consent