Some initially interpreted the hack as an exploit of the Uniswap v3 protocol, but it was quickly clarified as the result of a phishing campaign.

A sophisticated phishing campaign targeting liquidity providers (LPs) of the Uniswap v3 protocol has seen attackers make off with at least $4.7 million worth of Ether (ETH). However, the community is reporting the losses could be even greater.

MetaMask security researcher Harry Denley was one of the first to raise the alarm bells of the attack, telling his 13,000 Twitter followers on Monday that 73,399 addresses had been sent malicious ERC-20 tokens to steal their assets.

⚠️ As of block 151,223,32, there has been 73,399 address that have been sent a malicious token to target their assets, under the false impression of a $UNI airdrop based on their LP’s

At least $4.7 million in ETH has been lost in the attack, according to a Twitter post from Binance CEO Changpeng “CZ” Zhao. However, there are also reports among the crypto community that there may be more significant losses from the incursion.

Prominent Crypto Twitter user 0xSisyphus noted on Monday that a “large LP” with around 16,140 ETH, worth $17.5 million, may have also been phished.

did a large LP get phished?https://t.co/3n6oruM8Hj

According to Denley, the phishing attack works by sending unsuspecting users a “malicious token” called “UniswapLP” — made to appear as coming from the legitimate “Uniswap V3: Positions NFT” contract by manipulating the “From” field in the blockchain transaction explorer.

The website would instead send the users’ address and browser client info to the attackers’ command center, which would also attempt to drain cryptocurrency from their wallets.

A Reddit post also explaining the attack noted that the attackers had stolen native tokens such as Ether, ERC-20 tokens and nonfungible tokens (NFTs) (namely Uniswap LP positions) from victims.

Please be aware that there is currently a Phishing scam happening that targets Uniswap V3 LP’s.

It does not look like a Uniswap protocol hack.

No matter what, if you get tokens airdropped to your wallet of ynknown origin – DON’T Interact with them !!!

Binance’s CEO Zhao created some waves in the crypto markets when he first sounded alarms about the attack, calling it a “potential exploit” of the Uniswap protocol on the Ethereum blockchain.

Zhao clarified soon after the post with another update, sharing a conversation with the Uniswap team, who noted the attack was part of a phishing attack rather than any issue with the protocol.

Connected with the @uniswap team. The protocol is safe.

The attack looks like from a phishing attack. Both teams responded quickly. All good. Sorry for the alarm.

Learn to protect yourself from phishing. Don’t click on links. pic.twitter.com/FIXebz3iBC

CZ’s initial alarming comments coincided with a sharp drop in the Uniswap price, which fell to a 24-hour low of $5.34. The price of UNI has since recovered following the clarification to $5.48 at the time of writing but is still down 11% in 24 hours and is 87.8% down from its all-time-high. 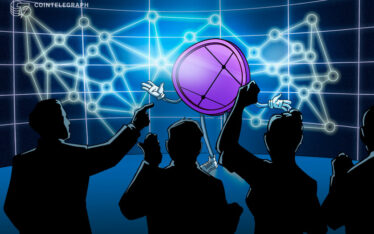 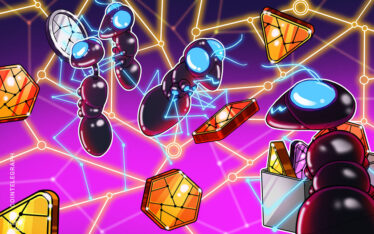