What is Vulcan Forged (PYR) and how to make money playing it?

What is Vulcan Forged (PYR) and how to make money playing it?

What is a play-to-earn crypto game?

Distributed technologies including blockchain and nonfungible tokens (NFTs) enable game developers and gamers a more interactive, immersive and incentivized experience than ever before through the new game model advertised by tech enthusiasts and named the play-to-earn (P2E) crypto games model.

P2E games, also known as blockchain-based or cryptocurrency games, gain significant attention from the gaming community and developers as they provide an opportunity to own data for in-game assets, fuel in-game economic systems and provide many other perks to facilitate the metaverse ecosystems.

Related: My Neighbor Alice: A beginner’s guide to the play-to-earn crypto game

With P2E games, players can own and trade various in-game inventory and objects such as characters, skins, weapons, virtual land and other digital accessories to achieve higher performance in the game as well as to receive financial rewards. Due to the P2E model, gamers are compensated for their skills, and developers and gaming projects have the potential to attract more players. P2E crypto games are a win-win phenomenon for emerging recently as a successful trend.

What is Vulcan Forged?

Designed as an easy-to-build and P2E ecosystem, Vulcan Forged incorporates a game studio dedicated to NFT games built on Ethereum, Polygon, and BNB Chain, as well as an NFT marketplace, launchpad, a decentralized exchange (DEX) called the VulcanDex, and a decentralized application (dApp) incubator that restlessly supports third-party game creators and procures NFT trading for its native Vulcan Forged ecosystem.

So far, the Vulcan Forged studio has created about a dozen video games, with each one allowing players to win, sell and upgrade their in-game items and NFTs to earn crypto. Among the series of games in the Vulcan Forged ecosystem, VulcanVerse is one of the most popular games.

VulcanVerse is the Vulcan Forged studio’s flagship product. It is a metaverse and a fantasy massively-multiplayer online role-playing game (MMORPG) backed by fighting-fantasy authors Jamie Thomson and Dave Morris, where users can explore, build, quest and earn crypto.

The game is based on Greek and Roman mythology. Land, Gods, Items and Vulcanites are the main assets to own in the VulcanVerse. Gods endow players with passive abilities that improve stats such as speed and attack. Other in-game items add utility as well, providing players with spells that temporarily activate different special powers.

Pet collectibles named Vulcanites also play a considerable role in VulcanVerse’s gameplay. They are companions that follow the player throughout the map and assist them in defense, battles, foraging and espionage. On top of that, players can use their Vulcanites in other games within the Vulcan Forged ecosystem. Vulcanites vary by stats, lore, and level and can be upgraded.

Moreover, VulcanVerse is a place where the Vulcan Forged community can purchase, exchange and construct land parcels as portions of the map in the form of NFTs. These land plots, each sized 20×20, can be bought on the game-native marketplace and start at Level 1. Players are able to move up the seven levels to reach a higher rank, unlock new features, gain better tools, obtain pet Vulcanites or even stake assets to earn passive income.

VulcanVerse gameplay is interesting even for an avid gamer, as it is entertaining and easy to play. Just follow the instructions.

What is the PYR token?

PYR is the native utility token of the Vulcan Forged community-based blockchain gaming ecosystem. It is a cross-chain ERC-20 token that powers the whole scope of dApps, which players can use across all studio’s games.

PYR is available on both the Ethereum and Polygon mainnet. Although Vulcan Forged initially launched on Ethereum, most of the features offered by the project utilize the Polygon version. For instance, the NFT marketplace executes transactions denominated in PYR/Polygon (MATIC) exclusively. By porting PYR over to the Polygon network, which is a layer-2 scaling solution, the team has significantly reduced transaction fees. As a result, Vulcan Forged seamlessly executes high-speed transactions at a low cost.

As for Vulcan Forged tokenomics, 50 million PYR have been created. 20 million of them are in max circulation, and another 10 million will be used for play-to-earn pools, staking and more. For now, PYR is available at Uniswap, Quickswap and other platforms. Users can trade PYR on Kucoin, Gate.io, Binance and Bittrex exchanges.

The secondary token of the Vulcan Forged ecosystem is named LAVA. Players can earn it by staking PYR and playing Vulcan Forged games. LAVA can also be used as an in-game currency for land building and NFT upgrades.

How to earn money in Vulcan Forged?

Vulcan Forged is designed to reward users with tokens at every stage of the gameplay, significantly increasing their involvement in the game. Rewards can be received through a fight with another player or by befriending a user, through guest completion and map navigation, hunting for things and even by taking screenshots of one’s area.

To unlock staking functionality, players need to “SOW” their land, which comes down to paying a one-time fee that allows upgrading a piece of land to the next level. Once gamers upgrade their land to the second level, they can start staking their tokens. They can level up a plot of land only seven times, with each level corresponding to the amount of staking rewards that can be earned.

By upgrading a land to the seventh level, players maximize their PYR rewards. Users’ PYR tokens can be unstaked at any moment and restored to the land owner. Still, the seeding investment will be lost, and LAVA will be burned.

In addition, the LAVA Appreciation Program allows Vulcan Forged players to earn LAVA tokens by holding PYR. The program is divided into eight stages, each of which is awarded by LAVA based on the number of PYR tokens held. The only ones eligible for this program are users who have PYR in their Vulcan Forged marketplace wallets.

What is the future of play-to-earn crypto games?

Highly popular among metaverse enthusiasts and gamers, Vulcan Forged is one of the major gaming ecosystems alongside video games and virtual worlds that gamers play for crypto token rewards such as Axie Infinity, Sandbox, Sorare, Illuvium and others that are notably contributing to the new digital economy. The numbers speak for themselves, as the P2E gaming market is growing at a fast pace, generating billions in revenue.

Furthermore, the renaming of Facebook to Meta, the acquisition of Activision Blizzard by Microsoft, the Ubisoft launch of the Quartz platform for playable and energy-efficient NFTs and other recent massive events in the industry indicate that the traditional IT and gaming industries are serious about the implementation of blockchain innovations into mainstream gaming.

Even if P2E does not completely overtake the traditional gaming industry, all these developments and the support from the community strongly suggest that the P2E crypto games are one of the major directions in the future of gaming. 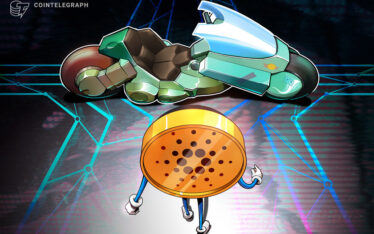 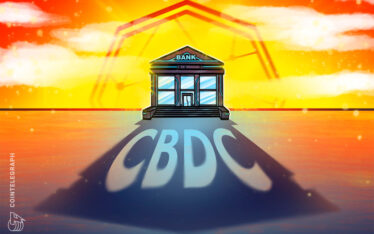 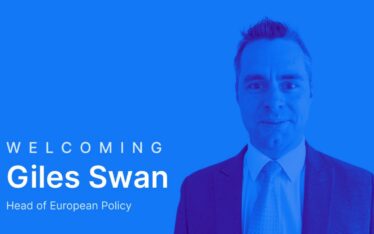 Welcoming Giles Swan as Head of European Policy
The final frontier for emerging technology is often a permanent regulatory framework. This is certainly the case in crypto where a level playing field and clear rules are needed for...
Likes
We use cookies on our website to give you the most relevant experience by remembering your preferences and repeat visits. By clicking “Accept”, you consent to the use of ALL the cookies. By proceeding you understand and give your consent that your IP address and browser information might be processed by the security plugins installed on this site.
Do not sell my personal information.
Cookie settingsACCEPT
Manage consent