Season 3 gave us the launch of Weekly Airdrops, three terrific Token Takeovers, an action-packed Hoop Shot Starter G-Bot competition, and much more. It’s a tough act to follow but we rose to the challenge — did we deliver? You can be the judge of that.

Here is a rundown on everything you can look forward to in Season 4.

Nobody wants to rush into action too soon, especially when there are new games to master! That’s why we have the all-important pre-season week. Players can play 1v1 matches and tournaments to earn GMEE using their credits, complete qualification matches, get to grips with a brand new game and hone all the skills they will need ready for when the Main Season launches.

Plus, the Weekly Airdrop will be in full swing, so players can still earn tickets for the draw to win massive GMEE payouts.

Here we go! From August 8th, token tournaments and token 1v1 games are back in Arc8! And the coming weeks will bring much more — read on to see what else the Main Season has to offer…

GMEE isn’t all you can earn. Arc8 players have already enjoyed competing to earn tokens such as SAND, MATIC and QUICK, and now there’s a fresh selection of tokens to be won in Season 4’s sponsored tournaments – including our biggest ever partner prize pool with QUIDD. These are the tokens that we can confirm right now:

The dates and prize pools for Token Takeover tournaments will be announced very soon — why not follow Arc8 on Twitter and be the first to hear the news?

Oh, this one’s a lot of fun — the beta version swept around the GAMEE office like wildfire. In Qube 2048, players have to blast numbered cubes into others, merging them into ever higher numbers to score points, with the highest scoring cube of course being 2048! But there’s a catch — if any cubes cross the red line then it’s game over.

And — like with most other games in Arc8 — players can expect a helping hand in the form of power-ups. Here are the three special game-changer cubes:

If Dark Lords is calling you, or Energy Wars has got your name written all over it, then now’s your chance to try them. Players who don’t own a G-Bot will be able to try out the epic space battle that is Dark Lords for a short period in late August in 1v1 matches, and also be in with a chance of winning one of seventy exclusive G-Bot Starters, twenty of which will go directly to the top scorers, while the rest will be distributed to players in a draw.

If puzzles, robots and epic battles are more your forte, then Energy Wars is also free-to-play in early September, again coupled with a competition to win a limited edition G-Bot Starter. And if you really get into these games but don’t manage to win one, you can purchase a G-Bot on OpenSea or take part in other upcoming G-Bot Starter competitions.

The competition for the Hoop Shot G-Bot Starter was an enormous success, with over 700 players qualifying for the draw. If you weren’t one of the lucky seventy winners — or even if you were — then keep your eye out for new competitions with a variety of G-Bot Starter NFTs as rewards. Top-scoring players will earn one directly, and everyone else who qualifies will be entered into the draw.

Following the Dark Lords competition, the next chance to earn a G-Bot Starter will be during the long-awaited QUIDD partnership, starting on August 17th.

During the QUIDD Takeover, Arc8 players will be able to compete for one of a hundred limited edition Atari G-Bot Starters and 150,000 QUIDD! There’s even a special bonus if you already have a minted NFT from the QUIDD Atari collection — an extra 450,000 QUIDD is there for the taking, which is almost $25,000! There’s never been a better time to sharpen your Asteroids skills.

But that’s not all, matey. Late August will see players competing on the high seas for an exclusive Pirate Solitaire G-Bot Starter, with another soon-to-be-announced Starter up for grabs in late September. Watch this space.

Ready to play? Download Arc8 now for iOS or Android and compete for GMEE rewards with thousands of others players.

Ankr successfully patches hack, will reimburse victims and take actions to prevent further attacks – FinanceFeeds
DeFi protocol Ankr plans to reimburse its affected users after a hacker managed to exploit a bug in its code that allowed for unlimited minting of its liquid staking token....
Likes 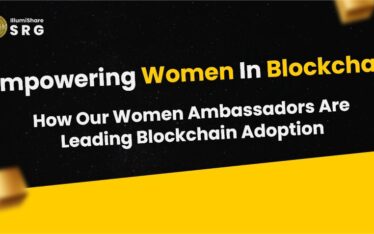 Empowering Women in Blockchain — How Our Women Ambassadors Are Leading Blockchain Adoption
What is the current state of women in Blockchain? Are they being discriminated against, or are they well-represented? The blockchain revolution has brought with it new opportunities for women in...
Likes
We use cookies on our website to give you the most relevant experience by remembering your preferences and repeat visits. By clicking “Accept”, you consent to the use of ALL the cookies. By proceeding you understand and give your consent that your IP address and browser information might be processed by the security plugins installed on this site.
Do not sell my personal information.
Cookie settingsACCEPT
Manage consent