Are Incentivized Testnets the Next Airdrop Strategy? – Blockzeit

Are Incentivized Testnets the Next Airdrop Strategy? – Blockzeit

Crypto users constantly interacting with new and existing platforms are more likely to receive an airdrop at some stage. Airdrops are a product of blockchain-based projects and developers sending free tokens to members in their communities to broaden the marketing initiative. Testnets are nothing new in the crypto space.

What are Incentivized Testnets

In internet development, testnets are a means of setting a standard before pushing any software to production. Testnets are a chance to allow developers to uncover any bugs or user experience (UX) issues before rolling them out for public use.

The same argument works in testnets airdrops, tokens given to users after they test a project’s feature before it goes live. They provide a testing environment thats is free of the risk of loss of any real coins or tokens. They perform as a replication of a production environment without value to avoid any loss of users’ funds due to a bug in the code, unclear UX or malicious behaviour.

Incentivized testnets are declared before the project is underway, in which they offer some steps for someone to follow, rewarding participants who follow the steps to the letter. They offer a certain percentage of the total supply.

Often, incentivized testnets airdrops are primarily common with new blockchains and products, including ZkSync and Starknet. In the case of many airdrops, testnets appear to be different as they do not require funds in most cases. This means that many participants do not require to pay for LP, gas fees and funds for trade. Such a side of airdrops means that many people will try to test the projects, improving the platform.

Many projects are underway on the verge of blockchain technology, so it is a good time to hunt for new projects and airdrops. However, testnets seem difficult for many projects as everyone does not want to pay for some that require funding.

There are a handful of testnets and incentivized testnets out there. Keep your eyes open for more updates on the same.

Vincent Munene is a freelance writer and a great blockchain enthusiast. Blockchain has changed his life in terms of financial freedom and in return, he likes to educate people and keep them up to date on everything blockchain. He is a Biochemist by profession and also loves to play the piano. 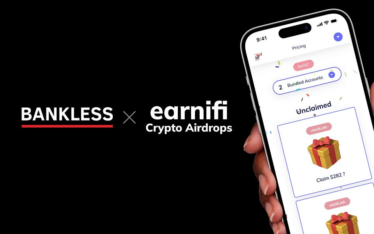