What is the current state of women in Blockchain? Are they being discriminated against, or are they well-represented? The blockchain revolution has brought with it new opportunities for women in tech. According to a report by Gemini, women are leading the crypto adoption trend in developing countries. In fact, more than half of crypto investors in Indonesia and Nigeria are women, according to the report. But despite this impressive figure, our research shows that women are still far behind in representation and leadership roles in this space.

At IllumiShare SRG, we understand that the future of blockchain technology will require diverse leadership. We also know that when you look around the world today, there’s no shortage of talented women who could make a difference in this space.

How Our Women Are Leading Blockchain Adoption

We took a day to speak with our women ambassadors to appreciate them for helping to spread the news about Blockchain and our IllumiShare SRG in their regions. The meeting was led by our Head of Education & Women Ambassadors, Shivani Mehrotra Bajaj.

She was joined by other amazing women, including Minka Lisle, Ayushi Wahi, and many more.

During the zoom call, we asked these women about their experiences as blockchain leaders and how they have been able to help others learn about the benefits of blockchain. Here are some highlights from the conversation:

Shivani shared her story of how she got involved in blockchain and why she decided to become an Ambassador and head the Women & Student Ambassadors program. Minka spoke about her experience working as a co-founder of a blockchain startup.

Ayushi discussed her work, why she joined the SRG project and how exciting her journey has been thus far. She assists Apoorva Bajaj, who is heading the Global Ambassadors Program.

Illumishare SRG partnered with EDUBUK, a blockchain-based emerging technologies skilling platform, to discover how many women have been involved in STEM subjects and careers. According to their findings, only 34% of students enrolled in STEM courses during pre-university levels were female. This number was even lower among those studying STEM courses at the university (30%).

The study also covered how many women had taken up jobs in the tech sector. It found that only 3% of women considered tech careers as their first choice. In fact, out of every 100 people working in IT, 25 are women.

The above statistics show us that there’s still a long way to go before gender equality is achieved in the blockchain space. But let’s take a closer look at why women aren’t represented in this field.

Our study also examined why women don’t consider blockchain as a career option. Here are some of the most common answers:

Our female respondents said they didn’t see any clear paths ahead regarding blockchain development. They felt that there weren’t enough resources available to them to help them advance in their careers. Edubuk here plays a key role in educating and skilling women (besides youth and men) about Blockchain.

Another reason women did not consider blockchain as a career option was the lack of mentorship. Many said they didn’t find anyone to guide them through the process.

A third reason cited by women was a limited budget. They said that they couldn’t afford to invest time and money in learning about blockchain due to financial constraints.

A fourth reason given by women was gender bias. Some said they were discouraged from pursuing certain fields because of stereotypes associated with these professions.

5. Lack of Trust in their Abilities

Finally, one-fifth of women surveyed said they lacked trust in their abilities. They believed they would be unable to succeed in the male-dominated blockchain environment.

How Do You Solve These Issues?

We believe that if we want to achieve gender parity in the blockchain space, we need to address all five reasons listed above. So, here are some ways to tackle each issue:

First, we need to provide more resources to women so they can learn about blockchain. There should be more educational programs, workshops, and conferences specifically designed for women. We must also make sure that women get access to mentors who can support them throughout their journey. At IllumiShare, we have a vision to provide free web3 Education to the masses at scale, an initiative led by Shivani Mehrotra as well via Edubuk

Second, we need to create more opportunities for women to work on blockchain projects. For example, we could offer scholarships or grants to women who wish to pursue blockchain education.

Third, we need to encourage women to pursue certain career options. For instance, we could offer internships to women who are interested in blockchain technology.

Finally, we need to address stereotypes associated with certain careers. For example, we can change the perception of being a “blockchain developer.” Instead of considering it a male-dominated profession, we can consider it an inclusive community where everyone has an equal opportunity to participate.

At IllumiShare SRG, we believe blockchain should give people stability and opportunities. And this includes empowering women in blockchain. The first step towards achieving this goal is to raise awareness among young girls about blockchain and its potential impact on society.

In order to do this, we partnered with EDUBUK, a woman-led web3 startup aimed at revolutionizing emerging technologies education and skilling using AI & Blockchain. Together, we plan to train and skill youths and women in emerging tech skills such as blockchain development. This will help them gain confidence and build networks within the blockchain ecosystem.

Our vision is to empower over 1 million women in blockchain by raising women professionals in the United Arab Emirates, Africa, India, the UK, and Europe, as well as other countries across the globe. Through our partnership with Edubuk, we hope to inspire other companies to follow the same path for the greater good of the society, where careers of tomorrow are driven by high in-demand & lucrative emerging technologies skillsets. 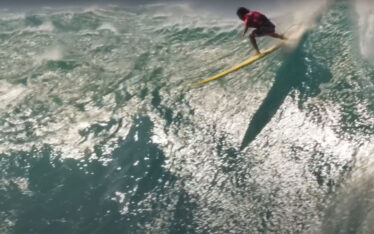 Mason Ho, One Huge Wave, and the Floatiest Airdrop at the Eddie – TheInertia.com
Senior Editor Staff ﻿ The Eddie Aikau Invitational is over. The event that never runs finally ran. The Bay called the day, and it called it with authority. It was...
Likes 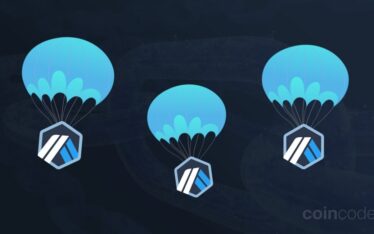 Will There Be an Arbitrum Airdrop? Here’s How to Get Ready – CoinCodex
Arbitrum is currently the most popular layer 2 scalability solution for Ethereum. The platform, which is underpinned by optimistic rollups, has a TVL (total value locked) of $2.7 billion and...
Likes
We use cookies on our website to give you the most relevant experience by remembering your preferences and repeat visits. By clicking “Accept”, you consent to the use of ALL the cookies. By proceeding you understand and give your consent that your IP address and browser information might be processed by the security plugins installed on this site.
Do not sell my personal information.
Cookie settingsACCEPT
Manage consent