Terra Proposal To Airdrop LUNA Tokens To Users Who Received Incorrect Allocation In May Passes, Period For Claims Revealed.

The Terra Phoenix Airdrop Proposal vote ended on Friday, and Terra Governance Alerts revealed that 99.99% of voters said yes to the plan, with Terra confirming that with the passing of the vote, 19,504,909 LUNA will be made available for the airdrop to users who did not receive the correct amount in the initial airdrop in May.

1/ #LUNAtics, your votes are in and the Terra Phoenix Airdrop proposal has passed ✅

With the passing, 19,504,909 $LUNA will be requested from the Community Pool to execute an airdrop to wallets that did not receive the correct amount at Genesis.

The Terra team reveals that it will launch a claim website on September 4 for affected users. Notably, users will have from September 4 to October 4 to lay claim to the airdrop. As per a medium blog post, users will be required to connect their wallet from a list of supported wallets, including Terra Station, Terra Station Mobile, Keplr, and Metamask, where they previously held their LUNA Classic tokens before or after the ecosystem collapse. Then, users must create a new wallet with no transaction history to receive the raindrop tokens. Terra will return all tokens not claimed within the period to the community pool.

It bears mentioning that the plan comes after the first airdrop to compensate holders of the sunken LUNA and UST tokens was botched by Terra due to technical constraints and issues associated with indexing. As a result, the new airdrop proposal was launched on August 16. As reported by The Crypto Basic, receivers of the airdrop from the Phoenix Proposal will be bound by a 2-year vesting period.

Notably, Terra 2.0, the new blockchain launched after the collapse in the value of the LUNA Classic and UST tokens on the original Terra chain, has failed to amass the same following as the previous project, as several investors have lost faith in Terra founder Do Kwon.

Kwon and Terraform Labs remain under investigation in South Korea for their potential role in the collapse of the ecosystem.

In a controversial interview with Zack Guzman’s Coinage, Kwon maintains that he in no way intentionally contributed to the downfall of the Terra ecosystem. However, while admitting that he made some mistakes, he subliminally implies that there is a possibility that the company had a mole that allowed bad actors to take advantage of these missteps.

WAGMI Games to Release Their Inaugural NiFe Wars Comic Book – StreetInsider.com
FREE Breaking News Alerts from StreetInsider.com! StreetInsider.com Top Tickers, 11/29/2022 November 29, 2022 1:13 PM EST News and research before you hear about it on CNBC and others. Claim your...
Likes 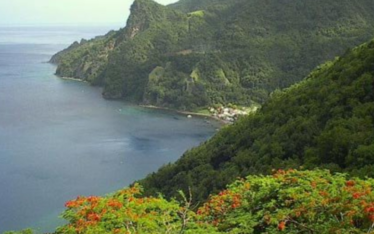 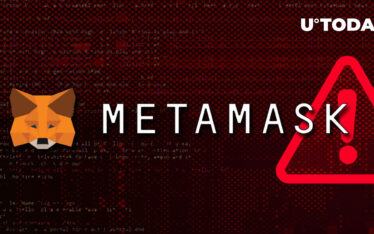 MetaMask Scandal Triggered Old-fashioned Scam: Alert – U.Today
Vladislav SopovAs crypto Twitter discusses recent update to MetaMask privacy policy, scammers yet again impersonate its support department Twitter users are discussing an old scam campaign that is back to life....
Likes
We use cookies on our website to give you the most relevant experience by remembering your preferences and repeat visits. By clicking “Accept”, you consent to the use of ALL the cookies. By proceeding you understand and give your consent that your IP address and browser information might be processed by the security plugins installed on this site.
Do not sell my personal information.
Cookie settingsACCEPT
Manage consent