When cryptocurrency company Athena Bitcoin launched in 2015, it vowed to become a key player in the brewing industry that we now know as cryptocurrencies. The Chicago-based company began conducting transactions via over-the-counter (OTC) desks, and provided early investors a platform on which to trade.

Matias A. Goldenhörn, now the company’s Latin American director, joined the company in 2017. That same year, Athena deployed its first bitcoin (BTC) ATM to Bogota, Colombia, and afterwards, took the idea to Argentina.

This piece is part of CoinDesk’s Payments Week.

By 2019, the company saw interest in crypto take off, so it planted digital roots in Puerto Rico (though holding off in larger countries like Mexico, in part because of its sheer size and initial doubts as to whether a country so large, would adopt something so new).

Still in its infancy, by 2020, Athena Bitcoin had partnered with Bitcoin Beach, an initiative aimed at growing the Bitcoin ecosystem in the country’s coastal zone of El Zonte. A majority of residents there lacks access to bank accounts and local businesses fall short of qualifying for merchant accounts, which are needed to accept credit cards as a form of payment.

At this point, Athena had been considering whether deploying more ATMs would be viable. “We decided to speed up our process,” Goldenhörn said. “It was crazy. Within a week of Bukele announcing, we were landing in El Salvador with more ATMs, essentially making a promise to support the initiative.”

It’s not all been an upward trajectory for Athena. Back in 2018, in Argentina, the platform found a problem when they launched Athena pay, a point-of-sale (PoS) payment system for charging in bitcoin. Athena quickly found that not as many people were looking to pay with bitcoin, and eventually the company “let it go dormant.”

In El Salvador, it partnered with the Chivo wallet built by the country’s government for its residents, which allows them to make transactions using bitcoin.

The decision to invest in more ATMs in El Salvador was based on the performance of the first set of donated ATMs in El Zonte and other areas in El Salvador, including El Tunco, a popular surfing area known as “hippie heaven,” and San Salvador, the country’s capital.

“Typically, we don’t like to enter a market with one ATM because it’s not sustainable,” he said. “We need the market to be able to host a number of ATMs.”

Goldenhörn sees the government’s “airdrop” of $50 in BTC to all El Salvadoreans as giving residents greater access to financial services, “especially for people that had never had a bank account,” he said.

“It’s a novel concept to see your phone and see the money there,” Goldenhörn said.

But it wasn’t all smooth sailing. There were initial setbacks for the company and its product. Some, ironically, were caused by too many people trying to download the wallet at the same time, Goldenhörn said.

Read more: The Lightning Network Is Bringing Payments Back to Bitcoin

The relationship between Athena Bitcoin and President Bukele grew, in part, because of the quick rollout and because Bukele wanted to move forward with the project, despite lingering uncertainty around its success. That meant Athena would need to meet with the president to discuss deploying more ATMs that week following his announcement.

Goldenhörn describes the young president as someone with “a lot of energy” who “puts the horsepower behind what he wants to do.” He also notes that President Bukele “runs the country like a CEO” and was involved in every detail of the project, given the timeframe the company had.

“Three years ago, banks did not want to deal with bitcoin, let alone politicians,” he said. For Athena, landing a meeting with a bank manager was next to impossible and now, all of sudden, the Chicago-based company was working with the president of El Salvador.

But Goldenhörn recognizes that a project of this magnitude would never be perfect. “I feel that if he’d have taken a lot longer to launch it, the project would not have come to realization because of all the opposition,” he said.

“I don’t think that any president would have the guts to go all-in on bitcoin in the near future,” he said. That being said, he doesn’t know what success would be exactly, because the experiment is so new.

What he does know is that Bukele exposed the whole country to bitcoin, and with “just by being exposed to bitcoin a larger population of the country is going to find the value.” That does not mean that all residents will move to use bitcoin. Limited knowledge of the tech and the inherent volatility of bitcoin could back adoption.

But Goldenhörn is convinced that Bukele is serious about his bitcoin revolution. “He wants to rock the boat and shake the tree and change the rules of the game, so El Salvador at large, can be better,” he said.

But what does it take for a technology to really break through?

Financial censorship has gone from an abstract idea to a harsh reality for Russians who suddenly found themselves unbanked by the West and their own government.

Drugs, Drugs and More Drugs: Crypto on the Dark Web

Down the Silk Road: Where Crypto Has Always Been Used for Payments 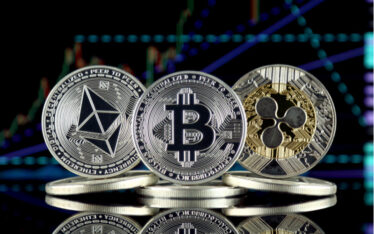 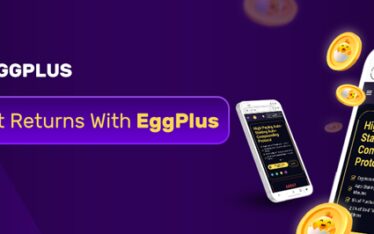