On a Dutch talk show, Christine Lagarde said that crypto is “worth nothing,” as there’s no underlying asset that backs the currencies.

The crypto community has fired back at European Central Bank (ECB) President Christine Lagarde for her recent anti-crypto remarks, with people expressing disappointment and even criticizing the euro.

As crypto markets show signs of stagnation, Lagarde reminded the world of her stance on cryptocurrencies. According to her, cryptocurrencies are “worth nothing” because the assets are “based on nothing.” Additionally, she expressed concerns for those who invest in crypto and called for regulation.

Responding to these comments, the crypto community expressed their sentiments. Sheila Warren, CEO of the Crypto Council for Innovation, wrote that she’s disappointed, but not surprised, to hear these comments. According to Warren, the “new digital economy will run on a combination of digital currencies, including crypto, stablecoins and CBDCs [central bank digital currencies].”

Meanwhile, crypto analyst Lark Davis took the opportunity to react to Lagarde’s remarks. Quoting the ECB president, Davis tweeted that instead of describing crypto, she just “described the $euro” because it’s “printed out of thin air.”

ESB President Christine LaGarde said “My very humble assessment is that [#crypto] is worth nothing, it is based on nothing—there is no underlying asset to act as an anchor of safety.”

Ummmm, I think she just described the $euro

Printed out of thin air pic.twitter.com/Mq25reXtNL

Sharing a video showing Lagarde admitting that her son trades cryptocurrencies, Byzantine General called her a dinosaur. Byzantine General tweeted, “How do these dinosaurs not realize it’s over for them. Why keep fighting the future until your last breath.”

Earlier this year, the European Commission announced that it’s preparing a digital euro proposal for 2023. The ECB is expected to have a prototype by the end of 2023, and if everything goes well, it may be issued in 2025.

In April, ECB executive Fabio Panetta gave some details on the central bank’s research into central bank digital currencies (CBDCs). According to Panetta, CBDC issuance may “become a necessity.” However, the executive noted that these digital currencies “should not become a source of financial disruption that could impair the transmission of monetary policy in the euro area.” 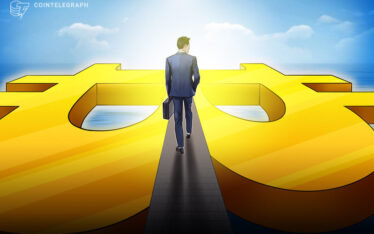 Is there a way for the crypto sector to avoid Bitcoin’s halving-related bear markets?
There is good reason to be afraid. Previous down markets have seen declines in excess of 80%. While tightfisted hodling might hold wisdom among many Bitcoin (BTC) maximalists, speculators in...
Likes

DeFi Degen Land (DDL): Does it Score Poorly on Short-Term Trading Metrics Tuesday? – InvestorsObserver
The web app you have attempted to reach has blocked your access.
1 Likes 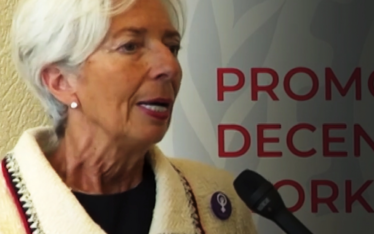 DeFi May Pose “Real Threat” to Financial Stability, Says ECB’s Christine Lagarde – U.Today
Alex DovbnyaECB's Christine Lagarde wants to regulate cryptocurrency staking and lending European Central Bank President Christine Lagarde has recently opined that cryptocurrency assets and decentralized finance may potentially pose a...
1 Likes
We use cookies on our website to give you the most relevant experience by remembering your preferences and repeat visits. By clicking “Accept”, you consent to the use of ALL the cookies. By proceeding you understand and give your consent that your IP address and browser information might be processed by the security plugins installed on this site.
Do not sell my personal information.
Cookie settingsACCEPT
Manage consent