A successful pre-sale event (or Gold List event) was held by IllumiShare on November 22nd in Dubai, UAE, attended by several crypto influencers and investment bankers from around the world. Participants showed their trust in the ecosystem at the pre-sale event (gold list) and invested heavily. His Excellency Ahmed Elmetwally attended the event as CEO of His Highness Sheikh Mohammed Bin Ahmed bin Hamadan Al Nahyan’s private office for the Royal Family of Abu Dhabi. Among the notable attendees were David Munoz (Former Global Head of Credit Strategy & Global Head of Macroeconomic Strategy at BlackRock) and Jason Tay (Former Vice President at JP Morgan).

Concerns Of The Community

While IllumiShare was in its infancy, the team was preparing everything for the launch of the pre-sale. Nevertheless, since SRG is a community token (build on the vision of bringing transparency and trust in the cryptosphere), management decided to rebrand based on community feedback. As part of our pre-sale event, our team decided to announce that we would be rebranding the IllumiShare ecosystem’s brand name as LumiShare as soon as December of this year. As IllumiShare is the exact opposite of Illuminati, we are attempting to spread education about Web3 and financial freedom, which is why management chose the name LumiShare (which means spreading Kindness, Trust, and Knowledge throughout the Community).

The CEO Addresses The Audience

This ecosystem has always been envisioned by management as a completely decentralized entity and $SRG as a universal currency and payment method. The IllumiShare team is proud to call it a community ecosystem. Management has decided to rebrand IllumiShare into LumiShare before the end of the year (2022). And management hopes that it will alleviate community concerns.

Management is very pleased that the community is contributing to improving LumiShare by sharing feedback and suggestions regularly on our social media handles. Our goal in creating LumiShare is to build transparency and trust within the cryptosphere. We intend to educate individuals about the crypto world in a legitimate manner during the building process.

At the pre-sale event, His Excellency Ahmed Elmetwally addressed the audience as the principal guest and announced an investment of 8 million dirhams ($2.2M) in LumiShare by the Private office of His Highness Sheikh Mohamed Bin Hamdan Al Nahyan from the Royal Family of Abu Dhabi. As a representative of his private office, His Excellency Ahmed Elmetwally assured LumiShare that the Royal Family would fully support LumiShare’s ecosystem.

The Follow-up To The Pre-sale Event

Having acquired the trust of the Royal Family of Abu Dhabi as a result of their vision, LumiShare management feels extremely proud of this ecosystem. LumiShare is creating a wave with its $SRG pre-sale in light of this endorsement. LumeShare management is actively promoting its ecosystem on all platforms. LumeShare’s CEO is traveling to multiple continents, attending Web3 and Fintech conferences around the globe (including Token 2049, and the Marquee crypto conference in London), while the marketing team, influencers, and global ambassadors are participating in online AMAs.

The partnership and investment by the Royal Family of Abu Dhabi is a major deal for LumiShare as it gives us a major boost in terms of networks (especially in Abu Dhabi and the rest of the UAE) as well as a partner who is passionate about transforming the world through blockchain technology. As a result of this partnership and the UAE’s leadership’s interest in blockchain technology innovation, LumiShare’s corporate headquarters have been relocated to Abu Dhabi, UAE; where LumiShare’s CEO is living along with senior management members.

This is due to management’s focus on transparency and the technological innovation that underpins LumiShare’s ecosystem, which has recently been recognized as the “Most Innovative Blockchain Ecosystem of the year, for 2022” by Entrepreneur Magazine. According to Business Global Leaders Magazine, LumiShare is one of the 20 Most Promising Companies in the World in 2022.

The LumiShare ecosystem includes an asset-backed NFT Marketplace with a no-code module and an anti-fraud mechanism empowering individuals to invest in tokenized real-world assets, such as real estate, diamonds, gold, and agriculture, securely and fully transparently, as well as a Payment Gateway that enables the community to purchase tangible assets like cars, flats, and intangible assets like land in the metaverse, using SRG tokens.

I have been invited to speak at the World Economic Forum in Davos next month (January 2023) to present the project to 40 leading VCs. I think the rebranding and the opportunity to present our project at the World Economic Forum will help us take off even faster with exchange listings!
I feel 2023 is on track to be a big year for LumiShare and I’ll be delighted to share our progress with you!

We Are More Than Just A New Name At LumiShare SRG

The rebranding has undoubtedly confused some people. Management believes that business decisions should be based on community input. For the sake of preventing confusion, this information is being posted across all platforms. We greatly appreciate all the comments and messages received on social media platforms

The brilliant content team at LumiShare redesigned graphics that are in line with current market trends. The branding guide and branding kit have been redesigned, and the marketing team is using revised graphics and guidelines. With the help of the social media team, the rebranding has been successfully promoted, and the community has already embraced the redesigned look.

The LumiShare Team Is Preparing For The Year 2023

The brilliant minds at LumiShare are already preparing strategies for the first quarter of 2023. With $SRG’s pre-sale proceeding smoothly, they may now focus on setting targets and goals for the next 12 months. Our team is comprised of experts from leading Blockchain, Fintech, and financial institutions. Several of these experts have already joined us and will join in the near future. David Munoz (ex-Blackrock Senior professional), Les Male (ex-CEO Dubai Gold Exchange), Dalip Tyagi (Polygon), and Apoorva Bajaj (ex-Goldman Sachs, JP Morgan, DE Shaw) are already members of the company’s team and are helping to create a tier 1 fintech company.

In light of the number of people reaching out to us to invest in the project, we are even more confident in its future. Receiving hundreds of messages daily motivates us to get back to the community and build for the future. There is a very active LumiShare social media team that responds to every message posted by the community and we are always happy to receive feedback and suggestions. 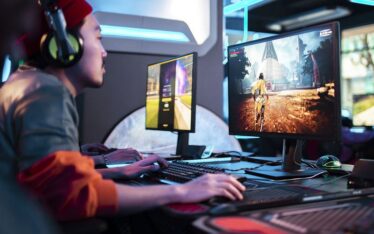 ImmutableX to Launch All-In-One Passport System to Onboard New Gamers Into Web3
Join the most important conversation in crypto and Web3 taking place in Austin, Texas, April 26-28.Rosie Perper is the Deputy Managing Editor for the Web3 news section, focusing on the...
1 Likes 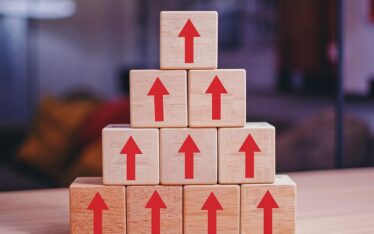 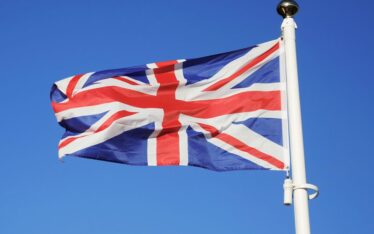 UK Finance Ministry to Propose Broad Rules for Crypto, Invites Industry Feedback
Join the most important conversation in crypto and Web3 taking place in Austin, Texas, April 26-28.Camomile Shumba is a CoinDesk regulatory reporter based in the UK. She previously worked as...
1 Likes
We use cookies on our website to give you the most relevant experience by remembering your preferences and repeat visits. By clicking “Accept”, you consent to the use of ALL the cookies. By proceeding you understand and give your consent that your IP address and browser information might be processed by the security plugins installed on this site.
Do not sell my personal information.
Cookie settingsACCEPT
Manage consent