The virtual currency, which employees have reportedly dubbed “Zuck Bucks,” will be aimed at use in the metaverse.

Social media giant Facebook’s parent company Meta is reportedly planning to introduce virtual currency as well as lending services to apps it owns, with Facebook, WhatsApp, Instagram, and Messenger potentially being among those impacted.

According to a Financial Times report on Wednesday, the move toward tokens and virtual currency is aimed at exploring alternative sources of revenue as interest in Facebook and Instagram drops. Meta’s potential virtual currency, which employees have reportedly dubbed ‘Zuck Bucks’ after CEO Mark Zuckerberg, will be aimed at use in the metaverse.

The report does not allege Meta is exploring traditional cryptocurrencies tied to a blockchain, but rather centrally controlled tokens to be used within its apps, similar to in-game currency. The company is also reportedly considering creating ‘social tokens’ for engagement rewards, as well as ‘creator coins’ for influencers.

“We’re making changes to our product strategy and road map […] so we can prioritize on building for the metaverse and on what payments and financial services will look like in this digital world,” said Meta’s head of finance division Stephane Kasriel in January.

Integrating virtual currencies into Meta’s apps may be coming alongside the company exploring nonfungible tokens on users’ Facebook and Instagram profiles. The report suggested Meta was planning to launch an NFT pilot program as early as May 2022.

Cointelegraph reported in January that Meta was in the early stages of potentially launching an NFT marketplace, as well as exploring methods of allowing users to mint collectible tokens. David Marcus, the co-creator of the Facebook-backed Diem token, said in August that the company was “definitely looking” at ways to get into NFTs.

Facebook rebranded to Meta in October 2021, saying at the time its focus was expanding beyond social media. The change came following the release of thousands of documents that implied the company was not doing what it claimed in regard to removing hate speech and posts encouraging violence from its platform. The number of Facebook users dropped by roughly 500,000 in the fourth quarter of 2021, while at least one expert predicted Instagram’s growth in monthly users could drop from 16.5% in 2021 to 3.1% by 2025. 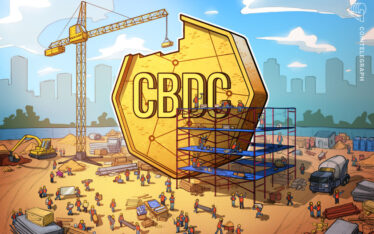 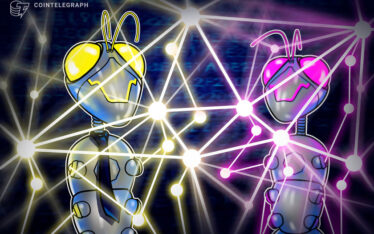 Blockchain tech offers multiple paths to financial inclusion for unbanked
Financial inclusion, accessible services and the unbanked are standard talking points in many conversations about crypto. But, the details may remain somewhat fuzzy — the people who talk about crypto...
Likes
We use cookies on our website to give you the most relevant experience by remembering your preferences and repeat visits. By clicking “Accept”, you consent to the use of ALL the cookies. By proceeding you understand and give your consent that your IP address and browser information might be processed by the security plugins installed on this site.
Do not sell my personal information.
Cookie settingsACCEPT
Manage consent