What is Blockchain Technology?

What is Blockchain Technology?

Blockchain technology is a specific type of distributed ledger technology (DLT). The concept of distributed ledgers can be traced back to the 1990s and the invention of the hash tree (also known as a Merkle tree) by Ralph Merkle. A hash tree allows efficient and secure verification of the contents of a large data structure over a computer network. Blockchain and DLT are often used interchangeably, but there are subtle differences between the two. In short, all blockchains are DLTs — but not all DLTs are blockchains.

A simple definition of a blockchain is a decentralized system for storing and recording transactions on multiple computers — where the transactions are grouped together in blocks and added to a chain in a linear, chronological order (hence the term “blockchain”).

The key feature of blockchain technology is that it uses a decentralized consensus mechanism (the dominant mechanisms being ‘Proof of Work’ and ‘Proof of Stake’) — to ensure the integrity and security of the underlying ledger. This mechanism is what allows for the creation of a tamperproof, transparent, and secure ledger; since it is trustless and distributed in nature — and therefore has no single point of failure.

The pseudonymous Satoshi Nakamoto — the person (or group of people) who created Bitcoin — first introduced the concept of a blockchain in their white paper “Bitcoin: A Peer-to-Peer Electronic Cash System”; which described how a decentralized system could be used to record and validate digital transactions without the need for a central authority. It is this capacity to validate transactions over an open, permissionless network without the need for a trusted third party that makes Bitcoin (and other cryptocurrencies that have come out since Bitcoin’s invention) so powerful.

Blockchain technology does not necessarily have to be decentralized and permissionless — but these are the key characteristics that define the most well-known blockchain platforms, such as Bitcoin and Ethereum.

A decentralized blockchain is one where no single entity controls the network. Instead, it is maintained by a network of computers, or “nodes”; which work in tandem to validate transactions and add them to the blockchain. This decentralization is what allows for transparency and security because no single entity can tamper with the ledger. Decentralized — or permissionless — blockchains are public and open to anyone who wants to join the network and participate in the consensus process.

However, it’s also possible to have a blockchain that is centralized and permissioned. This means that a single entity controls the network and that only certain users can join the network and validate transactions. These types of blockchains are often used in private or consortium networks — where the network is operated by a group of organizations and the access is restricted to them by design.

Centralized and permissioned blockchains may lack some of the core benefits of transparency, openness, and security that permissionless blockchains offer; but they can provide other practical advantages, such as faster transactions, higher scalability, greater privacy and more control over the network.

The term “blockchain technology” is now used to describe a vast array of technological applications that have sprung up in Bitcoin’s wake — way beyond the Bitcoin blockchain’s initial use case as an infrastructure layer on which to run a perpetual ledger for an open, P2P electronic cash system.

Some of the most notable existing applications of blockchain technology are

This list is by no means exhaustive and there are many other existing and potential applications for blockchain technology.

Perhaps the biggest emerging category of blockchain technology that is worthy of special note is non-fungible tokens (NFTs). NFTs are digital assets that are unique and cannot be replicated — and are typically used to represent ownership of a digital item such as artwork, videos, music, and other digital assets. They are built on top of a blockchain — specifically on a platform such as Ethereum, which is a decentralized, open-source blockchain platform that allows for the creation of smart contracts and the issuance of tokens.

An NFT is a digital token that represents ownership of a unique digital asset. It contains metadata that describes the asset, such as a link to an image or video file; and it is stored on the blockchain, which allows for the secure, transparent, and tamper-proof tracking and exchange of ownership. NFTs are unique because they are not interchangeable or equivalent to other NFTs — unlike traditional cryptocurrencies, which are fungible and interchangeable.

But NFTs have much broader applications and use cases than the certification of ownership of a digital asset. NFTs provide an architecture for tokenization. Tokenization is converting assets such as real estate, art, and other valuable, real-world items into digital tokens, which can be traded on a blockchain. Tokenization allows for fractional ownership and enables the creation of new investment opportunities and liquidity in otherwise illiquid assets. Tokenized assets such as real estate can be traded and settled using blockchain-based payments. 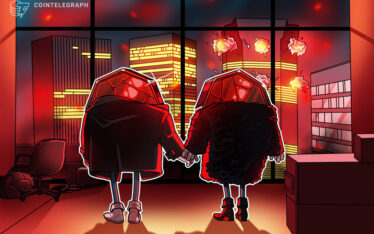 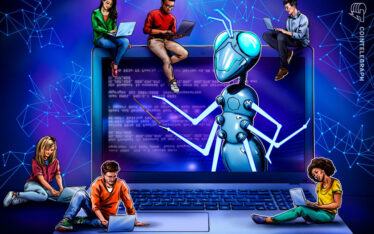 Starkware commits to open source its ‘magic wand’ Starknet Prover
The prover is the crucial engine Starkware uses to roll up hundreds of thousands of transactions and compress them into a tiny cryptographic proof written on the Ethereum blockchain. 1869...
Likes 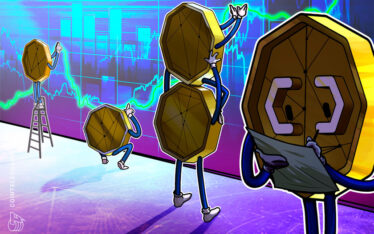 Fantom’s 5-week winning streak is in danger — Will FTM price lose 35%?
As per technical data, the FTM market has turned overbought after rallying 230% in five weeks, with the coin’s momentum slowing down compared to the price boom. 1452 Total views...
Likes
We use cookies on our website to give you the most relevant experience by remembering your preferences and repeat visits. By clicking “Accept”, you consent to the use of ALL the cookies. By proceeding you understand and give your consent that your IP address and browser information might be processed by the security plugins installed on this site.
Do not sell my personal information.
Cookie settingsACCEPT
Manage consent