Worried about inflation’s impact on your retirement savings? Invest in cryptocurrency

Worried about inflation’s impact on your retirement savings? Invest in cryptocurrency

Around the world, personal financial stress is peaking. A recent study in America found that more than three in four people feel anxious about their financial situation. This is seeding anti-risk mentalities and prompting fears around the safety of long-term savings, including retirement funds.

However, that shouldn’t mean hiding money under the floorboards. Nor should it necessarily mean handing over the reins to a low-growth pension fund, which at current rates of inflation, are likely to be losing value. It means being smarter about assessing all options and diversifying. And that requires freedom.

That’s what Alabama Sen. Tommy Tuberville (R)  was advocating when he proposed the Financial Freedom Act in May, which would permit all Americans with self-directed retirement plans to add cryptocurrency to their 401(k)s — a defined-contribution, personal pension account. It was prompted by a piece of regulatory guidance from the U.S. Department of Labor in March attempting to bar 401(k) accounts from investing in crypto.

Too often, freedom is seen as the enemy of stability, when in fact fear is the enemy of stability. And that’s exactly what the U.S. government’s caginess around alternative assets is stirring up. Much of the media has also been quick to jump on the anti-crypto bandwagon. A quick Google search of the coverage of Fidelity’s announcement that they would soon let participants invest as much as 20 percent of their employer-sponsored 401(k) retirement plan in Bitcoin reveals overwhelming negativity, or at least scepticism.

To compound perceptions, many have been further put off incorporating rockstar assets like cryptocurrencies into their pension portfolios following May’s collapse of the Terra ecosystem. Most people just want to have the option to retire comfortably — they’re not planning on buying a yacht or a seat on Elon Musk’s Starship — and they’re worried that digital assets won’t provide the stability and steady interest they need to build a solid retirement nest egg.

Age does not always equal wisdom

While caution in the crypto space is always advised, completely steering people away from considering digital assets in their retirement portfolio is itself dangerous. It’s discouraging people from accessing what could be the solution to a dying system and pension-eroding inflation.

Because, the truth is, the old ways aren’t a safe bet, either. Traditional pension funds are struggling. All but 12 of America’s 100 largest 401(k) funds have posted double-digit losses so far this year thanks to surging inflation and a turbulent U.S. stock market. At the same time, inflation chips away at purchasing power of cash while interest rates remain eye-wateringly low.

Even the property market is not a “sure thing.” Many are speculating on a housing bubble for reasons that include Chinese property giant Evergrande edging toward default. Property ownership is increasingly seen as a pipedream for younger generations.

It thus becomes clear that clinging purely to the old ways — including traditional financial instruments and an outdated banking system — is not viable for people who want future-proof retirement savings.

Cryptocurrencies are becoming an opportunity for retirement planning

As inflation approaches a 40-year high in the U.S., it is no longer “transitory.” Instability is also becoming a semi-permanent fixture in light of climate change and the global turmoil surrounding Russia’s invasion of Ukraine. It’s hard for anyone to know what the future holds, including pension funds, so people should be free to place their bets where they see fit, including in their own retirement plans.

Real weekly earnings are down for a record 16th consecutive month.

Inflation-adjusted earnings have declined for 89% (16 of 18 months) of Biden’s presidency pic.twitter.com/IAgFtBaXJ6

Stablecoins, for example, can be a prudent addition to a 401(k). It’s just about picking the right kind — one that can store wealth and hedge against the damaging effects of inflation. As an algorithmic stablecoin, Terra was innately vulnerable to speculative attacks thanks to a lack of independent asset backing. Stablecoins backed by physical assets, such as gold, on the other hand, hold enormous potential as vehicles for wealth preservation.

Gold has time and again weathered economic crises far better than stocks, bonds and fiat currencies. In 2021, for example, as the pandemic saw fiat currencies around the world turn volatile, the price of gold sat steadily between $1,700 and $1,950 an ounce, proving both its stability and value.

Taking a wider view, gold has increased in value by more than 500 percent in the years since the gold standard was abolished, with central banks making sure that their reserves remain abundant. But it is only now that gold is digitized and infinitely more accessible, making it easier to buy in fractional amounts and to transact with it. Economist Danielle Di Martino has even noted that gold, historically, is the least correlated asset class in existence with inflation. More than simply offsetting its effects, gold has maintained a positive correlation with rising inflation rates, and achieved an average yearly performance of +10.6 percent over the last 50 years. Gold has performed well in times of high volatility, in bear markets, and even outperformed stock markets at times.

Governments have a role to play in encouraging our economic salvation

Let’s face it. Retirement is a daunting prospect, even more so as it becomes more difficult to find growth in the economic environment, as well as protection and liquidity. Americans looking down the line toward an increasingly distant eventuality are right to think conservative. But they have to think conservative in a way that embraces the future.

Investing in digital gold is the ultimate “future conservative” move, combining the best of both worlds: the historic backing of traditional currencies, and the flexibility and autonomy of decentralised, blockchain-based digital currencies.

Governments need to recognize the potential of these assets and, instead of limiting investor options or scaring them into an anti-change mentality, they should provide cross-border oversight and promote increased transparency, empowering investors to achieve financial freedom by providing a context of safety.

The global economy is evolving toward alternative assets. Retirement wealth cannot be an exception to that. Individuals simply can’t afford to exclude alternative assets from their retirement plans, particularly with inflation already lapping at their hard-earned savings. It’s time for everyone to take control of their wealth and look to better, safer, and fairer alternatives to the status quo.

The opinions expressed are the author’s alone and do not necessarily reflect the views of Cointelegraph. This article is for general information purposes and is not intended to be and should not be taken as legal or investment advice. 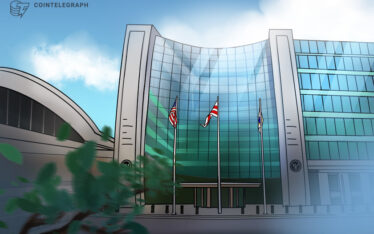 LBRY says it ‘will likely be dead’ following SEC loss
LBRY Inc noted that while the company is on its last legs, the underlying protocol and blockchain behind the content platform will carry on. 1161 Total views 21 Total shares...
Likes 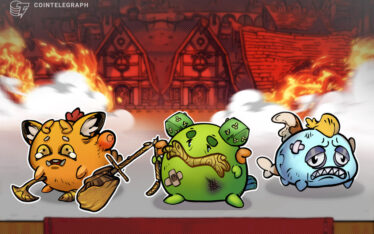 Axie Infinity is toxic for crypto gaming
Blockchain gaming is only four years old — a toddler compared to the rest of the industry. It has a lot of growing up to do, particularly when it comes...
1 Likes 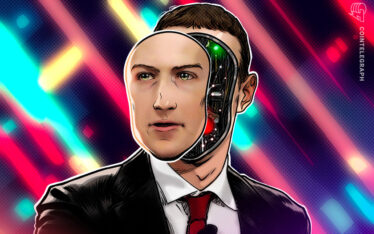 The metaverse is happening without Meta’s permission
In changing the name of its parent company to Meta, Facebook put a stake in the ground: It would be the symbol of the evolution of the internet, the metaverse....
Likes
We use cookies on our website to give you the most relevant experience by remembering your preferences and repeat visits. By clicking “Accept”, you consent to the use of ALL the cookies. By proceeding you understand and give your consent that your IP address and browser information might be processed by the security plugins installed on this site.
Do not sell my personal information.
Cookie settingsACCEPT
Manage consent