BitKeep: the future of decentralized finance in the hands of the most prestigious crypto wallet, Bitget – The Cryptonomist

BitKeep: the future of decentralized finance in the hands of the most prestigious crypto wallet, Bitget – The Cryptonomist

Bitget, one of the leading global cryptocurrency exchange platforms with more than 1.8 million users worldwide, long ago introduced to its Launchpad BitKeep, a decentralized cryptocurrency wallet to manage, among many other things, NFTs.

The Launchpad platform has entered the competitive DeFi, dApp and NFT domains, creating a circuit, the main purpose of which is to support the crypto ecosystem as a whole, providing access to important crypto projects and all the tools a crypto user might need.

A year of progress for BitKeep: the review

“We are extremely excited to launch our Launchpad initiative with BitKeep, one of the leading cryptocurrency wallets in Asia. As we look to the future, we will continue to strengthen our commitment to offer rewarding investment opportunities to our clients while delivering a cutting-edge experience.”

Yvonne Tee, Bitget’s chief marketing officer, had commented at the time of the partnership.

Never were her words more timely, as BitKeep in 2021 marked its most significant evolution. Overall, 2021 was a pivotal year for the blockchain industry, both in terms of user growth and technological development. Indeed, on-chain assets have grown at an unprecedented rate, and more obscure concepts such as NFTs, metaverse, and Web3 have gradually matured in people’s awareness.

In particular, wanting to talk about the hard data, we know that BitKeep has won the title of the best decentralized multi-chain wallet in Asia, supporting more than 40 major chains, 10,000 dApps and 45,000 tokens.

Not only that, the service is used by more than 6 million users worldwide, BitKeep’s DAU has increased 11.7 times, and since BKSwap went online in July, ADV has grown 50 times in three months.

The BitKeep portfolio has not been shy about expanding; in fact, it has established teams in Vietnam, Indonesia, India, Dubai, Pakistan, and many other regions around the globe to provide opportunities for everyone to participate in projects. In addition, it has established strategic partnerships with several of the top 30 most widely used mainnets.

Expansion into the app universe and on Chrome

To meet the services demanded by users, BitKeep found the solution in the creation of its app, which offers wallets, cross-chain transactions, and DeFi, later adding support for NFTs, BKSwap, and dApps.

The most recent update to BitKeep’s app occurred in July 2021, when version 6.0 was released, which introduced a cross-chain bridge, real-time provision of prices in the BKSwap section, and support for 25 mainstream protocols.

Not only that, the NFT section was also improved, allowing NFTs to be displayed, collected and transferred on seven different chains. In addition, the dApp section has been expanded so that it can support over 10,000 of decentralized applications and has been divided into nine categories: DEXs, GameFi, NFTs, Finance, Lending, Derivatives, Yield, Bridge, and Oracle.

Last but not least, a “tags” feature was added, used to mark the highest priority mainchains and add them to the favorites list.

With the same features as the app, BitKeep also launched BitKeep Chrome, a plug-in wallet for browsers. The wallet supports several Ethereum-based smart contracts and more than 30 public chains. In addition, thanks to BitKeep Chrome, users have the ability to manage their assets on multiple chains, so they are not forced to install a different wallet for each individual network.

The evolution dictated by Bitkeep

BitKeep’s utility token, BKB, was introduced in September 2021 and made available to users through airdrop events and rewards. Later that year, BitKeep launched the Launchpad section to enable users to access potentially important projects while they are still in their early stages. BitKeep Launchpad (Beta) was finally released on 13 January 2022, with all shares subscribed in just four minutes, leading to an ROL of 100 times in 15 minutes.

BitKeep has set big goals for 2022: the launch of a dedicated NFT marketplace, increased provision of more quality projects, a new DeFi 2.0 section, and the introduction of BitKeep Open, to improve the relationship between platform, developers, and users.

In addition, the possibility of BitKeep presenting innovative products in the GameFi and DeFi areas is by no means remote. Web3 is developing rapidly, and the industry will certainly need wallets like Bitkeep to bridge the decentralized finance ecosystem. 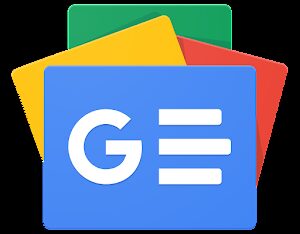