Funds from the company’s “Pooly” NFT collection, released on Thursday, will go toward “supporting PoolTogether Inc. in defending against the class action lawsuit,” according to its website.

PoolTogether is an app-based, no-loss savings game where users can win prizes for depositing funds on the platform, using DeFi protocols on the back end.

In his complaint, Kent is also described as being “gravely concerned that the cryptocurrency ecosystem – which requires the use of enormous amounts of electricity – is accelerating climate change and allowing people to evade financial regulations and scam consumers,” – concerns which match those espoused by his former boss, Sen. Warren.

Kent’s suit against PoolTogether is seen as a test case to change the landscape of DeFi regulation, with the plaintiff having only deposited $10 on the platform before filing the suit.

Kent’s suit names PoolTogether, the Brooklyn-based corporation, and its founder, Brooklyn resident Leighton Cusack, as well as a host of the protocol’s investors, including Dragonfly Capital, Compound Labs and Galaxy Digital Capital Management, as defendants. Individual investors in the project, including Stanislav Kulechov, the founder and CEO of DeFi platform Aave, are also named.

By naming both the company and its investors, Kent’s suit seeks to determine who is legally responsible when a DeFi protocol “harms” a user. Depending on the outcome of the case, this could have enormous ramifications for decentralized projects – including decentralized exchanges (DEXs) and decentralized autonomous organizations (DAOs) – as a whole.

The crypto community has rallied around PoolTogether and Cusack, who announced the Pooly drop on Twitter on Thursday. Within two hours of its launch, the collection had raised 73 ETH (around $135,000), with its target goal set at 769 ETH (around $1,425,000) with 27 days left to mint.

The NFTs are available in three editions for .1 ETH, 1 ETH and 75 ETH apiece, with PoolTogether encouraging holders to spread the word by changing their profile pictures to the Pooly NFTs on Twitter.

strict set of editorial policies. CoinDesk is an independent operating subsidiary of

Digital Currency Group, which invests in

startups. As part of their compensation, certain CoinDesk employees, including editorial employees, may receive exposure to DCG equity in the form of

stock appreciation rights, which vest over a multi-year period. CoinDesk journalists are not allowed to purchase stock outright in DCG. 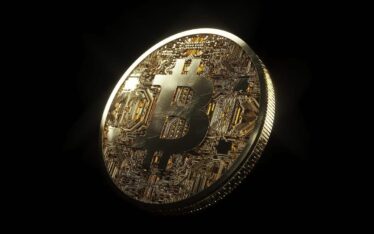