Last week, while speaking to Politico, Sam Bankman-Fried, the moptop billionaire founder of FTX and Alameda Research, said he has significantly revised his outlays for political campaign spending. He said his previously stated plan to spend upwards of $1 billion was a “dumb quote.”

Year to date, SBF has spent about $40 million to back Democrats and Republicans running election political campaigns coast to coast. That spending so far seems to have paid off, with CNBC reporting the majority of Bankman-Fried’s political recipients have pulled ahead in primary voting. But the former Wall Street quant thinks there’s a limit on what money can buy in general elections.

This article is excerpted from The Node, CoinDesk’s daily roundup of the most pivotal stories in blockchain and crypto news. You can subscribe to get the full newsletter here.

“At some point, when you’ve given your message to voters, there’s just not a whole lot more you can do,” Bankman-Fried said in the Politico interview. “You can spend more time on it and more messaging, more money, more anything else [but] you’re not accomplishing anything more.”

Much has been written about Bankman-Fried and “effective altruism,” the political theory he subscribes to where people build wealth to give away either by making targeted donations now, or through the magic of compound interest, founding well-endowed charities later in life.

I guess he reckons his cash is better spent elsewhere than on a TV ad in Scranton, Pennsylvania. But where will his money and influence go? The trouble with effective altruism is that it’s a way of thinking that allows people to rationalize any of their actions.

It covered seven areas where crypto might write rules for itself while it waits for clearer regulations from above. Some are dead simple: more disclosures around crypto advertising, regular audits for cash-backed stablecoins and a three-step checklist for crypto exchanges determining whether a token they want to list is a security.

Others show how crypto has rubbed off on SBF: He wants a standard where hackers are guaranteed 5% of the bounty if they exploit a protocol – assuming they give the rest back. (That could incentivize more ethical hacking, one of the ways code enthusiasts think the industry literally evolves.)

But SBF ran into trouble on social media when writing about decentralized finance (DeFi). He put forward a “suitability test” that would restrict access to crypto, sort of like qualified investor rules based on net worth and other factors in the traditional market. This flies in the face of crypto’s reigning open-source ethos: equal access for all.

He also initially proposed a licensing system for websites that interact with DeFi and other crypto protocols, and an automatic blacklist to keep sanctioned players from using centralized services. Adam Cochran of Synthetix and Yearn Finance called the rules “a moat that lets centralized entities control at least part of the flow into DeFi.”

In response to the draft, many noted that SBF seemed less concerned with the freedoms DeFi provides than the revenue centralized firms can milk from the industry. Industry gossip site Rekt, which wrote that he was “positioning himself as the U.S. government-approved gatekeeper” to crypto, and elsewhere was compared to a drug kingpin.

The most cogent arguments came from Bitcoin OG and ShapeShift founder Erik Vorhees, who noted the self-enforced rules and blacklists would only serve established exchanges that could afford to pay for compliance. “You can advocate Effective Altruism, or you can advocate banning 80 million innocent Iranians from the future of global finance,” Voorhees tweeted. “You can’t do both.”

SBF took the criticism in stride, reworked parts of his draft and wrote a long Twitter thread addressing particular concerns from a number of critics. The heart of the debate, however, cannot be ironed over. SBF is a realist who sees regulation coming, and wants a hand in shaping it.

This will always offend the ideologically driven crypto advocates, who see crypto itself as a means of bettering the world. For his part, SBF has never fully embraced the crypto mindset – and he’s been on recording saying as much. For him, crypto is a means to an end: building wealth so those funds can be redirected. (Remember the DeFi infinite “ box” fiasco?)

Although there were still criticisms of the toned-down draft, SBF clarified that he was talking about centralized on-ramps into crypto, not self-executing protocols. “It is not making claims about what DeFi devs, smart contracts, and validators must do,” Bankman-Fried wrote. “It’s looking to eventually establish guidelines about how e.g., FTX’s platform – or Fidelity’s – could interface with DeFi contracts.”

The debate over whether crypto should capitulate and erect barriers to entry in the name of protecting the uninformed is really only getting started. Concessions have and will continue to be made, but at the end of the day it doesn’t matter if you’re a pragmatist or ideologue as long as the code functions. (That’s part of, but not the entire reason, why BitBoy’s Alex Jones-style rant about SBF selling out to “suits … with deep pockets” is ridiculous.)

Responding to his critics, SBF noted the industry needs to keep peer-to-peer transfers and blockchain validation censorship resistant. This has little to do with whether websites or front-ends block users, or if DeFi applications follow U.S. Treasury Department sanctions. The question is, where do you want to put in the effort? Where does it really matter? Is crypto in the “primaries” or “general?”

After FTX: Defi can go mainstream if it overcomes its flaws – Cointelegraph
The collapse of the now-bankrupt cryptocurrency exchange FTX has raised many concerns over unregulated centralized platforms. Investors are now coming to question how safe it is to keep one’s funds on...
Likes

5 Lessons From the Stunning Implosion of SBF and FTX – Decrypt
It turns out Sam Bankman-Fried wasn't "the next Warren Buffett."Just six months ago I was in The Bahamas at the FTX/SALT conference, where Sam was treated like Taylor Swift. He...
Likes 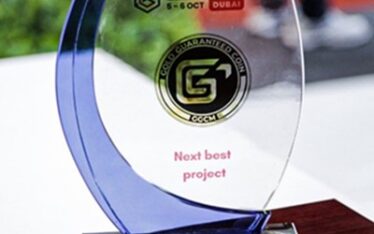 XT.COM Lists Gold Guaranteed Coin GGCM in Its MAIN+Defi Zone – Yahoo Finance
Ulaanbaatar, Mongolia--(Newsfile Corp. - November 27, 2022) - Gold Guaranteed Coin GGCM started trading on the trading platform XT.COM on Monday, November 21st.The GGCM Project 2022 Award at the Crypto...
Likes
We use cookies on our website to give you the most relevant experience by remembering your preferences and repeat visits. By clicking “Accept”, you consent to the use of ALL the cookies. By proceeding you understand and give your consent that your IP address and browser information might be processed by the security plugins installed on this site.
Do not sell my personal information.
Cookie settingsACCEPT
Manage consent