Higher-risk growth assets are now overvalued. Higher discount rates and borrowing costs reduce the amount of cheap capital pouring into cryptocurrencies, tech stocks, and other future-oriented assets. Cryptos that relied on a liquidity flood in recent years are at a disadvantage.

However, several high-quality crypto projects are currently being thrown out with the bathwater. Below are the top DeFi crypto coins this month:

The Polkadot network, founded in 2016 by Ethereum co-founder Gavin Wood, is one of the software competitors trying to incentivize a worldwide network of computers to run a blockchain, on top of which users will be able to establish and run their own blockchains.

Web3 Foundation’s Parity Technologies is working on the project, which focuses on the development of technologies that break down centralized online services and enable institutional innovation.

Unlike similar projects such as Ethereum, Cosmos, and EEOSIO, Polkadot’s protocol connects a network of purpose-built blockchains, allowing them to interact with one another effortlessly via its so-called parachains.

Polkadot supports several transactions at once and is simple and open to new ideas and collaborations due to its partnership with various blockchain protocols.

Many cryptocurrencies have collapsed dramatically in recent months, but none of them can compete with Polkadot’s well-defined path to widespread use in real-world projects. The mix of business potential and substantial buy-in discounts pushed investors’ hands back to Polkadot’s “buy” button.

Polkadot is not just a viable investment due to its real-world application and unique market function, but the coin is also on fire right now.

Solana, one of the market’s top “Ethereum killers,” has seen one of the most impressive rises in recent years among large-cap tokens as a result of how this project was created.

Solana has discovered a means to achieve extraordinary transaction speeds as well as rock-bottom transaction costs by employing a novel proof-of-history consensus mechanism. The benefits of Solana’s network are evident for users wishing to place smaller transactions or just avoid the sky-high gas fees associated with competing networks such as Ethereum.

These benefits have resulted in a year-over-year increase in Solana’s total value locked (TVL). Total value locked is the capital deployed throughout a network in a decentralized fashion. The Solana-based apps are worth $5.4 billion. This is down from TVL’s peak of $15 billion late last year, but it’s still an amazing increase from $1.6 billion a year earlier.

Solana’s declining value since late last year may be behind most of this TVL devastation.  This network’s transaction volume and popularity remain high. So popular, in fact, that interruptions have shaken investor trust in Solana’s scalability.

Solana has offered a range of countermeasures. And as far as problems go, seeing astronomical volume on a particular network may be considered the kind of growing pains investors want to see.

For those who are new to cryptocurrencies, Gnox provides a straightforward and easy-to-use DeFi earning option. It is a decentralized ecosystem comprised of DeFi products, protocols, and use cases that support many chains.

Gnox is the first DeFi earning protocol that offers “Yield Farming as a Service” to all types of investors. They strive hard to make it as simple and uncomplicated for DeFi members to earn passive revenue to support their steady growth as feasible.

The project team employs a strategy that encourages long-term investors to buy and HODL the coin, thus stabilizing and boosting its value and making it a good long-term investment.

Gnox is one of the reflective projects with the fastest-growing communities due to its unique DeFi treasury, which allows investors to receive a higher profit than other protocols.

Long-term holders and users, according to Gnox, should be rewarded with a stream of passive income equivalent to the treasury’s income over time.

The Gnox advantage becomes clear when they apply their technology across multiple pools, delivering up to 50% APR while existing traditional banks average less than 2%.

The treasury, which is a multi-signature protected vault, will house the majority of Gnox’s stable coins, DeFi LP tokens, and NFTs.

Gnox, which is now in pre-sale and will formally launch in July, appears to be a unique player in the cryptocurrency market.

Disclaimer: This article is a paid publication and does not have journalistic/ editorial involvement of Hindustan Times. Hindustan Times does not endorse/ subscribe to the contents of the article/advertisement and/or views expressed herein.

The reader is further advised that Crypto products and NFTs are unregulated and can be highly risky. There may be no regulatory recourse for any loss from such transactions.

Hindustan Times shall not in any manner, be responsible and/or liable in any manner whatsoever for all that is stated in the article and/or also with regard to the views, opinions, announcements, declarations, affirmations etc., stated/featured in same. The decision to read hereinafter is purely a matter of choice and shall be construed as an express undertaking/guarantee in favour of Hindustan Times of being absolved from any/ all potential legal action, or enforceable claims. The content may be for information and awareness purposes and does not constitute a financial advice.

* Thank you for subscribing to our newsletter.

Hubble Protocol Expands DeFi Services with Jupiter Powered DEX and STEP’N Trading Contest – EIN News
Hubble has implemented a DEX powered by Jupiter on its USDH borrowing platform. Hubble has improved the user experience on its platform for borrowing USDH with the addition of a...
Likes 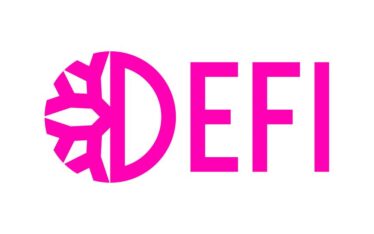 Native DeFi On Bitcoin: What Are dTokens? – Crypto Mode
Many people are inclined to think decentralized finance on Bitcoin will never happen. However, they would be sorely mistaken, as numerous projects facilitate Bitcoin DeFi today. one such project is...
Likes 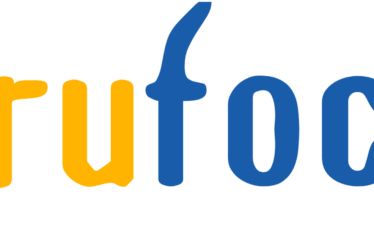 Uxin Announces Entry into Defi – GuruFocus.com
BEIJING, June 30, 2022 (GLOBE NEWSWIRE) -- Uxin Limited (“Uxin” or the “Company”, together with its subsidiaries, the “Group”) ( UXIN), a leading e-commerce platform for buying and selling used...
Likes
We use cookies on our website to give you the most relevant experience by remembering your preferences and repeat visits. By clicking “Accept”, you consent to the use of ALL the cookies. By proceeding you understand and give your consent that your IP address and browser information might be processed by the security plugins installed on this site.
Do not sell my personal information.
Cookie settingsACCEPT
Manage consent