Users Who Get In Before October To Enjoy Feeless Staking.

Ethereum’s transition from the PoW (Proof-of-Work) to PoS (Proof-of-Stake) system has been the talk in crypto circles for months. Now that it has finally happened, things seem to be looking up for the second largest coin in the market. Besides becoming more appealing to the many environmentally-conscious investors after ditching the energy-intensive PoW system, Ethereum is meant to undergo a few more upgrades in the future.

Now, one of the popular crypto exchanges is planning to launch Ethereum staking on its platform. Gemini crypto exchange announced its plans in a tweet and a blog post on its official website. According to the posts, ETH staking on Gemini will commence on September 20th, 2022.

Today, we are thrilled to announce that Ethereum ($ETH) staking is coming to Gemini on September 29, 2022.

Users who stake $ETH on Gemini through the end of October will stake $ETH for free.

Besides giving its users the chance to stake Ethereum, the Gemini exchange is also throwing in some freebies. Users who start ETH staking on the exchange between September 29th (the day of launch) and the end of October will enjoy zero-fee staking. This means that they get 15% more rewards on their staking.

Which Users Are Eligible For ETH Staking On Gemini?

While Gemini has announced these plans, Ethereum staking on the platform during the initial period will only be available to users in select regions. These include the US (except New York), Hong Kong, Australia, Brazil, Singapore, and 30 other areas. The full list of the regions covered can be accessed here.

Ethereum is not the first crypto to be availed for staking on Gemini. Back in August, MATIC was added, and the process was quick. The same is expected to happen to ETH as the exchange expands its product base.

Basically, Ethereum staking on Gemini means more users and more demand for the coin. This could potentially translate into more adoption. At the moment, ETH is valued at around $1,324, with a 24-hour increase of 1.3%. Meanwhile, 150,000 Ethereum were Deposited In ETH Contract Following Merge. 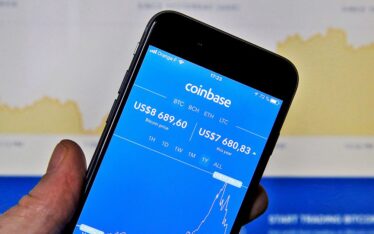 Coinbase Wallet to End Support for Bitcoin Cash, Ethereum Classic, Ripple's XRP and Stellar's XLM
Oliver Knight is a CoinDesk reporter based between London and Lisbon. He does not own any crypto.Coinbase Wallet will no longer support the native tokens associated with Bitcoin Cash (BCH),...
Likes

Coinbase Announces Upcoming Support for Ethereum (ETH)-Based NFT Gaming Studio Altcoin – The Daily Hodl
The biggest crypto exchange in the US says it is adding the native token of the non-fungible token (NFT) gaming studio Vulcan Forged (PYR) to its list of supported digital...
Likes 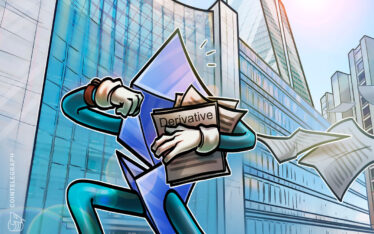 Ethereum derivatives look bearish, but traders believe the ETH bottom is in
Ether (ETH) rallied 5.5% in the early hours of Nov. 29, reclaiming the critical $1,200 support. However, when analyzing a broader time frame, the 24% negative performance in the past...
Likes
We use cookies on our website to give you the most relevant experience by remembering your preferences and repeat visits. By clicking “Accept”, you consent to the use of ALL the cookies. By proceeding you understand and give your consent that your IP address and browser information might be processed by the security plugins installed on this site.
Do not sell my personal information.
Cookie settingsACCEPT
Manage consent