The gaming industry is bursting with countless genres of games. You can easily spend the whole day switching to playing action-adventure, simulation, shooting, role-playing, sports, or even real-time strategy games. Unfortunately, they cannot make you rich.

Here’s how you could make generate some extra income with Ethereum (ETH), Axie Infinity (AXIE) and Metacryp (MTCR).

When Ethereum (ETH) launched in July 2015, it was the first blockchain network in the world with support for self-executing smart contracts, Decentralized Applications (dApps), Non-Fungible Tokens and a protocol that allows other projects to build and launch other cryptocurrencies.

In other words, the Ethereum blockchain provides an ecosystem of multi-functionality by allowing developers to create a wide range of blockchain-based projects, from NFT projects to DeFi platforms and even blockchain games.

Its native currency, Ether (ETH), is an ERC-20 token that serves as the lifeblood of the network. It is used as gas fees for processing transactions on the Ethereum Virtual Machine (EVM), where all the magic happens.

The only shortfall of the Ethereum blockchain network is that occasionally when the network gets congested (like during NFT auctions), gas fees go up very quickly. However, the merge event will see Ethereum (Proof-of-Work) merge with its recently deployed Beacon Chain (Proof-of-Stake).

The merge will boost Ethereum’s speed exponentially and reduce gas fees drastically, leading to more widespread adoption of the network and growth for its native currency, Ether ($ETH). The merge is slated for September 15, 2022, so now is a great time to invest in Ether.

The first NFT-based blockchain game Etheria launched in 2015, followed by CryptoKitties in 2017, showing what was possible and recording appreciable success. However, it was Axie Infinity (AXS) that came to absolutely steal the show.

Each Axie is an ERC-721-compliant NFT with unique characteristics. Made up of different body parts and, by extension, unique features/abilities, each Axie is teamed up with another two for three versus three battles. Axies win rewards and points for every win and every successful hit they deliver during the battle.

Today, Axie Infinity’s (AXS) success has rippled throughout the gaming industry. In 2021, the game generated $1.3 billion in revenue, with more than one hundred thousand unique players every month. Its native currency, Axie Infinity Shards ($AXS), is an ERC-20 governance token that operates on the Ethereum blockchain.

Metacryp: The future of blockchain gaming

Metacryp, $MTCR, is the new kid on the block to revolutionize the teeming blockchain gaming industry. It is an ecosystem of fun and excitement that appeals to everyone regardless of their interests and preferences. The best part is that players earn rewards as they advance during gameplay.

Like Axie Infinity ($AXS), Metacryp ($MTCR) integrates NFTs into all aspects of the ecosystem. Users can mint their avatar as NFTs they can buy, trade, lease etc. Players can also participate in tournaments where they can win huge prizes and other rewards.

Its native token ($MTCR) is a BEP-20 governance token that operates on the Binance Smart Chain network. This network allows for power and multi-functionality of the Ethereum blockchain network but with faster transaction speeds and cheaper costs.

You can invest in the future of the play-to-earn and blockchain gaming industry by participating in the ongoing Metacryp presale event, where you will receive a bonus of 32% on your first purchase, 42% on your second purchase, and 62% on your third purchase. 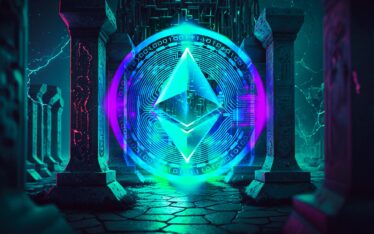 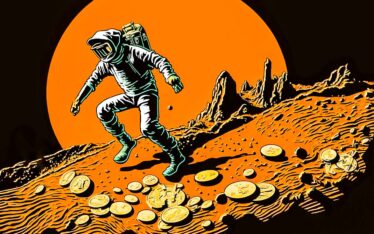 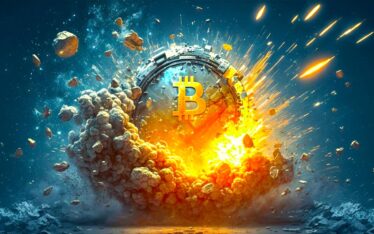