All eyes have been on the Ethereum network since it moved from a Proof of Work (PoW) to a proof of Stake (PoS) mechanism. Granted, the digital asset’s price hasn’t done as well as many had predicted it would after the upgrade but the new functions of the network remains fascinating. Now, Ethereum has marked another milestone following the upgrade, with the largest single growth day recorded so far in 2022.

Activity on the Ethereum blockchain has been higher since the Merge was completed. The steady increase had inadvertently led to the highest growth day on record for Ethereum in the year 2022. The previous high for the year had been back at the beginning of January but the numbers recorded on Saturday, October 8, had effectively crushed the January 3rd numbers.

On-chain data analysis firm, Santiment, said that on October 8th, a total of 135,780 new Ethereum addresses were created. This was 11.1% higher than the numbers from January and is now a new all-time high for the network in 2022.

📈 #Ethereum saw a surge of new addresses created Saturday, with 135,780 new $ETH addresses popping up on the network. This is 11.1% more network growth than the next highest of 2022 (Jan 3rd). Utility rises commonly foreshadow potential asset breakouts. https://t.co/tIRv6sJxJc pic.twitter.com/boA6v5jk8W

Perhaps even more interesting than the network growth itself is the project that is being credited for it. A new token called Xen that was created by an ex-Google employee had launched with a novel feature; allowing users to be able to mint their own tokens. Speculations are the new wallet creations were to take advantage of the token launch and mint the Xen tokens, of which more than 400,000 has already been minted so far.

Such considerable growth in a short period of time always works toward a bullish tendency for any digital asset. For Ethereum, this new growth could definitely lead to a breakout in the price. This will likely push the price of the cryptocurrency above $1,500 once more and the deflationary nature of the ETH issuance supports this.

With Xen’s launch, it has accounted for about 42% of the total fee burned by the network. At more than 163 ETH burned in 24 hours, ETH issuance had turned deflationary, with less ETH coming into circulation. If the supply continues to decrease, then it is possible that a breakout will happen for ETH.

However, it is also important to keep in mind that more often than not, the price of Ethereum tends to closely follow that of bitcoin. Since bitcoin has shown no indication of a breakout, it would hinder any possibilities of a rally from ETH, likely stifling its growth. So while the present events may point to a breakout for the second-largest cryptocurrency, it still waits on bitcoin to lead the way. 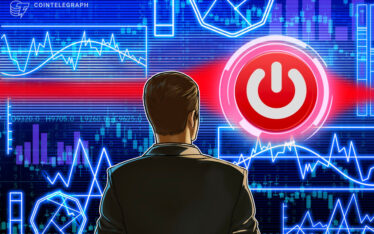 Social token platform Rally announces shutdown of sidechain
Rally cited a "challenging year" for the crypto industry in its decision to “begin to sunset” the platform's sidechain after Jan. 31. 502 Total views 1 Total shares Own this...
Likes 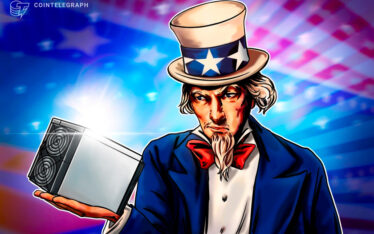 Top 9 cyberpunk movies of all time
Cyberpunk movies are a subgenre of science fiction that emerged in the 1980s. They typically take place in a dystopian future, often in a city characterized by high-tech, advanced technology...
Likes
We use cookies on our website to give you the most relevant experience by remembering your preferences and repeat visits. By clicking “Accept”, you consent to the use of ALL the cookies. By proceeding you understand and give your consent that your IP address and browser information might be processed by the security plugins installed on this site.
Do not sell my personal information.
Cookie settingsACCEPT
Manage consent