Optimism blockchain network has recently noticed an enormous uptick in both USDC and USDT transactions which have eclipsed $1 billion.

What seems to have caught people’s attention is the fact that the Optimism chain seems to be unrivaled and unmoved by the chaos happening in the crypto space.

This is now tagged as an unusual trend because it goes against the current especially with the sudden spike in USDC and USDT.

Here’s a quick glance at how the crypto and network are performing:

There seems to have been a convergence given the noticeable connection between the uptick in stablecoins with that of OP’s price performance.

The USDC and USDT surge is observed to be following a market trend which would ultimately revert back to normal with the price of OP diminishing and with the USDC and USDT prices settling down.

With the increased activity, people are contemplating on what could have triggered the sudden uptick. One of the possible theories would be Optimism’s impressive Total Value Locked (TVL) as it grew immensely compared to other cryptocurrencies.

Another is the announcement of Metamask wallet providing support for Optimism and other Layer 2 solutions. It has definitely helped increase the awareness and adoption of Layer 2 which can attract more people to shift to the network.

More so, the solution’s recent update on mobile accessibility is also one of the reasons why it has grown in popularity and also because users can easily and conveniently use Optimism via their mobile phones.

Nevertheless, even before the mobile usability update, many users have already started flocking towards OP. Its user base has increased from 24,000 to 80,000 in just three months and the figures are predicted to rise especially with the recent Metamask update.

In addition, the escalating number of transactions on the Optimism network is likely due to the uptick in stablecoin transactions. It has been observed that the network isn’t just good with the attraction game but can also keep their users loyal and satisfied. In fact, the retention rate of OP has grown to as much as 34% per week.

A number of dApps are now on Optimism which also caused its TVL to increase to more than $500 million. Although there are occasions wherein the TVL declines, the spikes still outweigh the downtrend.

Freelance writing is Christian’s other cup of tea. When not on his computer, he unwinds with a bottle of beer and laughs with his son over cartoons. Other than that, he’s just like everybody else who wants to be happy with their life.

Litecoin (LTC) Tops List Of Christmas Gainers, Is $100 Still Possible?
Litecoin (LTC) emerged as the top gainer over Christmas Day with an impressive performance. This put it ahead of market leaders such as bitcoin and ethereum in terms of performance,...
1 Likes 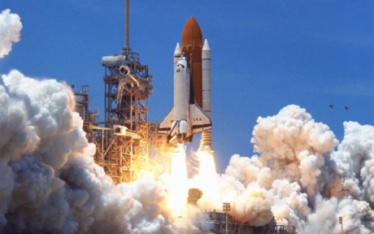 Top 5 Cryptocurrencies To Keep An Eye On This Week – Post-Christmas Gainers
It has been a roller coaster ride for crypto investors this 2022. This month, total crypto market capitalization fell from around $2.2 trillion at the start of the year to...
Likes
We use cookies on our website to give you the most relevant experience by remembering your preferences and repeat visits. By clicking “Accept”, you consent to the use of ALL the cookies. By proceeding you understand and give your consent that your IP address and browser information might be processed by the security plugins installed on this site.
Do not sell my personal information.
Cookie settingsACCEPT
Manage consent