Advisor Ric Edelman recalls a discussion he had about five years ago in which a technologist described the most important developments in the history of global commerce as fire, the wheel, the internet and blockchain.

“Now if that strikes you as insane … well, pay attention,” Edelman said. “Blockchain is a big deal.”

Edelman has been paying attention. Four years ago, he founded the Digital Assets Council of Financial Professionals (DACFP), which is devoted to teaching financial advisors about blockchain and digital assets. He said more than 2,000 advisors have gone through the program.

At the end of last year, he walked away from the now $300 billion Edelman Financial Engines that he, along with his wife, Jean, founded in 1986 to focus full-time on teaching about digital assets. He remains on the board of directors of he firm, and he continues to be the firm’s largest individual shareholder.

Edelman gave a presentation on “Understanding Blockchain and Digital Assets” yesterday during the two-day 2022 Advisor Growth Summit, sponsored by Financial Advisor and CEG Worldwide. He stressed with financial advisors that it is time to embrace the technology.

“My goal isn’t to get you to buy bitcoin or sell it to your client. My goal is for you to agree that you need to become fluent in this conversation with your clients,” he said. “As a financial advisor and as a fiduciary, we want to make sure we are knowledgeable about these subjects and this is the newest subject and it ain’t going away.”

Edelman said blockchain is expected to add $2 trillion to the global economy by the end of the decade. Already, 90% of the world’s banks are developing blockchain technology, he said. Edelman further noted that Bank of America filed 160 patent applications in digital payment technologies, and JPMorgan said blockchain is going to save banks $20 billion a year.

Last year, he said, $7 billion was spent on blockchain research and development and that will triple over the next two years. “You can’t spend that much money and not have an incredible output from a technological innovation perspective,” he said, adding that blockchain engineers are now the highest paid in software development.

Edelman went on to point out that universities are now offering courses in blockchain, and NASDAQ has said the technology is going to allow capital markets to operate more efficiently with greater transparency and efficiency. Even Billboard Magazine believes blockchain is going to solve intractable problems like song right monitoring, distribution of royalties and concert tickets, Edelman said. “For this to be a big deal in the music industry, that kind of suggest how broadly this is going to be a big deal in global commerce,” he said.

To understand why blockchain is so profound, Edelman said, we need to understand the traditional accounting of books and records around the world. “When you’re dealing with a checkbook or an excel spreadsheet, you’re the only one with that checkbook, you’re the only one with that spreadsheet. Access is restricted,” he said. “Because you can manipulate your bank book, your company’s P&L, that’s why we hire accountants and auditors and government examiners. It’s expensive because people can cheat because we are relying on trust.” 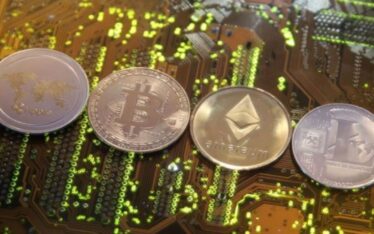 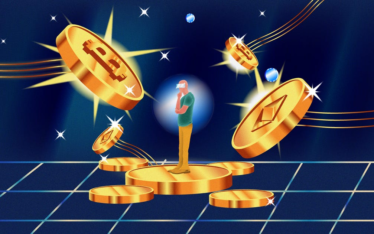