MakerDAO is moving a step closer to its “Endgame.”

After a majority vote on Monday in favor of introducing eight Maker Improvement Proposals (MIP), DeFi’s unofficial central bank will launch so-called MetaDAOs and activate a new vault to generate more revenue for the protocol.

But besides moving forward one of the project’s largest restructurings in its history, the move has created two opposing factions within the DAO: MetaDAOists and Constitutionalists. The former are in favor of the Endgame plan, the brainchild of Maker co-founder Rune Christensen, while the Constitutionalists are opposed.

One such constitutionalist is Crypto Twitter staple Hasu, a pseudonymous researcher at crypto investment firm Paradigm. Hasu claims that Christensen has used his outsized influence in MakerDAO to push forward his agenda.

“The Endgame Plan is an exceptionally bad proposal, and it’s really sad for Maker that it passed the signal (shoved through by Rune Christensen singlehandedly in face of strong and justified criticism),” Hasu tweeted on Tuesday.

The Endgame Plan is an exceptionally bad proposal, and it’s really sad for Maker that it passed the signal (shoved through by @RuneKek singlehandedly in face of strong and justified criticism.)

How much of it will actually be implemented remains to be seen https://t.co/MSO2eNoRwF

Meanwhile, the MetaDAOists are in lockstep behind Christensen’s proposals that make up the preliminary work needed to implement the Maker co-founder’s “Endgame Plan,” a strategy to make the protocol resilient to blacklisting amid the Tornado Cash sanctions.

Importantly, Monday’s vote was a ratification poll and not an executive vote. Each of the MIPs will be subject to further votes before their execution on-chain.

Christensen’s plan turned heads given how drastic the proposed changes were as well as its potential effects on the industry’s largest decentralized stablecoin DAI. MakerDAO is the protocol responsible for minting and maintaining DAI.

The two most important proposals that passed today’s vote revolve around MetaDAOs and the “protocol-owned vault.”

MIP83, a proposal to begin implementing MetaDAOs, will prepare the Maker community to be divided into smaller governance entities within the larger MakerDAO.

“They have the potential to break many of the inefficiencies that plague traditional organizations and DAOs alike in a novel, born-decentralized fashion,” Avi Meyers of Flipside’s governance team told Decrypt via Telegram. “The current size of the organization (130 full-time contributors and counting) has also posed challenges that impact productivity—both for individuals and core units.”

Flipside is a data analytics firm focused on all things crypto and has a governance division that contributes to various DAOs.

Instead of having the entire community of MKR holders—Maker’s native governance token—weighing in on every proposal, separate MetaDAOs will specialize in specific aspects of the ecosystem. This is in part why Flipside voted in favor of the proposal.

Each of these MetaDAOs would also have its very own native governance token distinct from MKR.

After that, today’s vote will also launch an early version of its protocol-owned vault. MIP84 would effectively set aside excess DAI to purchase staked Ethereum (stETH).

Staked Ethereum is a token that users receive for depositing their Ethereum on the liquid staking protocol Lido Finance. The asset currently generates a yield of 5.5% APR.

Not only would Maker begin earning on its holdings, but it would also be onboarding a censorship-resistance form of collateral to mint even more DAI.

The six remaining MIPs that passed revolve around amending various sub-proposals, redefining the mandate for different teams within the broader DAO, and improving Maker’s ability to govern itself effectively.

One step forward, two steps back

Given the size of the changes, some notable critics have resurfaced.

Park Y, a StarkNet developer, explained (among other concerns) that although MetaDAOs seem efficient at first glance, it is impossible for these entities “to truly separate [themselves] from the parent [organization], and the risks borne by these entities perpetuate through the entire ecosystem.”

Ultimately, he sees the MetaDAO solution as inferior to creating a wider constitution to align the 130+ Maker contributors. Such a constitution has already been recently proposed by Hasu back in June.

Regardless of whether you agree with the MetaDAOists or the constitutionalists, there is some truth that there’s quite a bit of single-handed governance occurring throughout this debate.

Sébastien Derivaux, asset-liability lead at Maker, explained how nearly 75% of all “yes” votes in the latest proposal came from voting power that had been delegated by Christensen himself.

“While 122 persons have voted, only one matters as he [represents] 63% of the turnover and 74% if we use influence,” he tweeted. The “he” in this context refers to the Maker co-founder.

In Maker’s governance, delegates are individuals who are closely monitoring Maker and contributing to its forums. For their work and for the opinions they express on the direction of the protocol, other MKR holders who may not be following as closely can delegate their MKR tokens (understood as voting power) to vote on their behalf.

Delegates rake in a hefty sum for doing so, with some earning as much as $12,000 per month depending on how much they’ve been delegated.

Right now, it looks like Christensen has been very actively delegating his MKR holdings, according to Derivaux.

This data, for instance, suggests that of Flipside’s total 9,017 MKR holdings, 9,000 of those tokens had been delegated by Christensen. Conversely, mega fund a16z holds zero Christensen-delegated funds and voted against the proposal.

Explaining the centralization of voting power, Meyers of Flipside told Decrypt: “Voter apathy and low single digit participation rates are a problem in most of the token-based projects we have surveyed. We will see if the governance design of the Endgame Plan can mitigate that and will work with MakerDAO to ensure the best possible outcomes.”

Derivaux says he voted against Monday’s proposal for two reasons:

Depegging DAI from the dollar at the end of Endgame “will reduce a lot of the value proposition of Maker,” he explained, and because there’s a much bigger market for building a new financial system rather than creating a stablecoin “for cypherpunks” to evade regulation.

Interestingly, one of Derivaux’s delegates voted against him (and for the proposal).

Whether that matters, though, he told Decrypt, “probably not.” 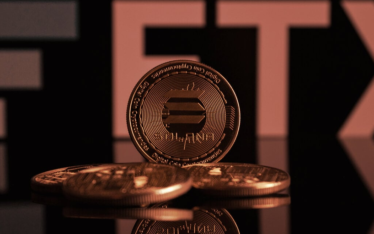 Life After FTX: How Solana DeFi Is Starting Over—Without SBF’s Serum – Decrypt
The fall of Sam Bankman-Fried didn’t just topple a $32 billion cryptocurrency exchange in FTX—it also threatened to undo the fabric of decentralized finance on the crypto wunderkind’s blockchain of...
Likes 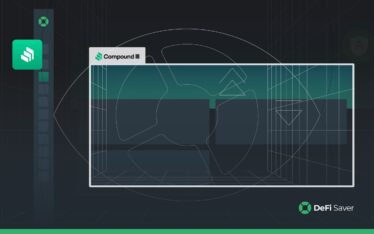 The best DeFi Yields: Oryen Network, Lido Staked ETH, and Apeswap – CryptoNewsZ
Yield farming is a common practice in the DeFi sector that is used to maximize returns. It can be used to earn crypto. A yield farmer can use numerous tactics...
Likes
We use cookies on our website to give you the most relevant experience by remembering your preferences and repeat visits. By clicking “Accept”, you consent to the use of ALL the cookies. By proceeding you understand and give your consent that your IP address and browser information might be processed by the security plugins installed on this site.
Do not sell my personal information.
Cookie settingsACCEPT
Manage consent