The European Parliament is currently deliberating on an overhaul of European Union money-laundering laws proposed by the European Commission in 2021.

The draft, badged as a set of “compromise amendments” to the law which seek to find consensus among different political factions, incorporates a July idea from left-wing lawmakers to include decentralized finance within the law’s scope.

DeFi, and the decentralized autonomous organizations (DAO) that govern it, “should also be subject to Union [anti-money laundering/counter-terrorist financing] rules where they are controlled directly or indirectly, including through smart contracts or voting protocols, by natural and legal persons,” the text said.

“Developers, owners or operators should assess risks of money laundering and terrorist assessments before launching or using a software or platform,” it added.

Money laundering authorities have sought to outlaw the use of privacy-enhancing services such as Tornado Cash, fearing it’s used to process criminal money and prop up regimes like North Korea.

But authorities, including the U.S. Treasury Department’s Office of Foreign Assets Control, have encountered difficulties in identifying individual entities to sanction. In a recent case, the OFAC targeted open-source crypto transaction anonymizer Tornado Cash, while a Russian software developer who contributed to the project, Alexey Pertsev, is currently awaiting trial in the Netherlands.

The compromise draft of the legislation, which still needs to be voted on by lawmakers before being squared with governments meeting in the EU’s Council, would also include Web3 companies among those obliged to carry out money laundering checks on their customers under EU law.

Under the plans, a list of “obliged entities” that currently covers banks, real estate agents and diamond traders would extend to include wallet and other crypto service providers regulated under the EU’s separate Markets in Crypto Assets Regulation (MiCA). Traders who accept crypto payments for goods and services worth over 1,000 euros (US$970), and people and platforms trading or mining NFTs that represent artwork or collectibles, could also be required to check their clients’ identity and report suspicious transactions under the plans.

The draft of the anti-money laundering regulation – which would complement a separate EU law on identifying the parties to crypto transactions – sees emerging areas of Web3 as a threat.

“The metaverse offers new opportunities for criminals who can convert cash acquired through illegal activities into non-traceable currencies to purchase and sell virtual real estate, virtual lands and other high-demand goods,” the draft said, warning of a risk of greater misuse as virtual realms become more popular.

Sign up for State of Crypto, our weekly newsletter examining the intersection of cryptocurrency and government 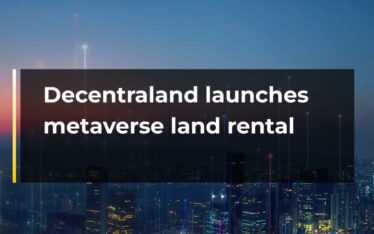 Decentraland launches metaverse land rental – CryptoTvplus
Decentraland has announced that owners of lands can rent them to other users. The new system will allow both LAND owners and tenants to rent LAND in a safe and...
Likes 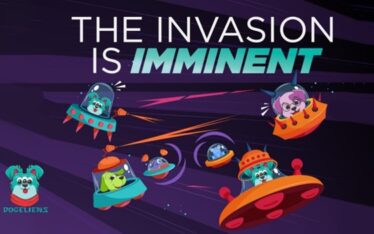 Could Dogeliens Outperform Top DeFi projects like ApeCoin and Algorand? | Bitcoinist.com – Bitcoinist
Promising innovation and uniqueness, Dogeliens (DOGET) is soon stepping into the crypto market. Now the question is can this meme token outperform the best DeFi solutions already present in the...
Likes
We use cookies on our website to give you the most relevant experience by remembering your preferences and repeat visits. By clicking “Accept”, you consent to the use of ALL the cookies. By proceeding you understand and give your consent that your IP address and browser information might be processed by the security plugins installed on this site.
Do not sell my personal information.
Cookie settingsACCEPT
Manage consent